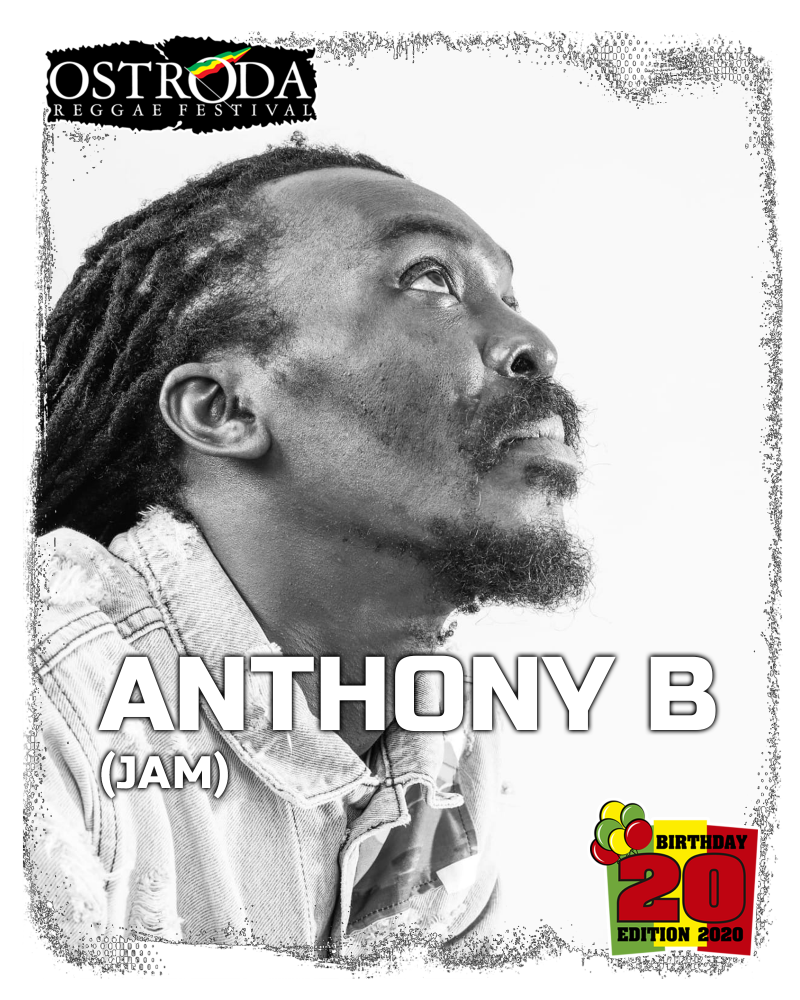 Dressed in colourful African clothes, with inherent stick in his hand and dreadlocks around his head, Anthony B is a real embodiment of spiritual side of reggae music.

Anthony B is the stage name of Keith Blair, a Jamaican musician and member of the Rastafari movement. He is a member of the Bobo Ashanti branch of the movement. “Bobo Dreads”, as they are known, are recognisable by their long robes and turbans. The strong Afrocentric pride and the other Rastafarian beliefs are reflected in his songs.

Blair grew up in rural Clark’s Town in the northwestern parish of Trelawny in Jamaica. His deeply religious family life (his mother was a Seventh-day Adventist and his grandmother a Revivalist) imbued him with a profound spirituality. Peter Tosh’s influence can definitely be heard in Anthony B’s vocal delivery and revolutionary stance. While attending high school, Anthony B debuted as a deejay for the local sound system, Shaggy Hi-Power. When singing “slack” songs about women was the popular thing to do, Anthony B did not believe in degrading women and chose to pen politically-slanted songs instead. He collaborated with Little Devon and made his debut single “The Living is Hard” on the Wizard label in 1993. Anthony B tried many different producers before joining with Richard Bell, creating hits such as “Fire Pon Rome”, “Raid Di Barn”, “Rumour”, and “Repentance Time”. Anthony B’s 1996 debut album entitled „Real Revolutionary” in the UK and „So Many Things” in the US was highly acclaimed in the reggae community. In 1997, Anthony B released „Universal Struggle”, followed by a large number of albums, including 1999’s „Seven Seals”, 2003’s „Street Knowledge”, 2004’s „Untouchable” which featured collaborations with artists like Wyclef Jean, Snoop Dogg & Bone Crusher, 2005’s „Black Star” plus „My Hope” and „Life Over Death” (2008).

In 2013 he released „Tribute to Legends”, an album of cover versions of songs by artists such as Bob Marley, The Maytals, John Lennon, Ray Charles, Elvis Presley and Ini Kamoze.

2016 saw another album „Tears of Luv” on his label Born Fire Music. It celebrates his 20th year in the music business and features collaborations with Richie Spice, D. Wisdom, Sizzla, Capleton, Jah Clarity and Kandia Kora. He keeps on collaborating with various producers around the world and releasing new singles.

King In My Castle

Time to Have Fun