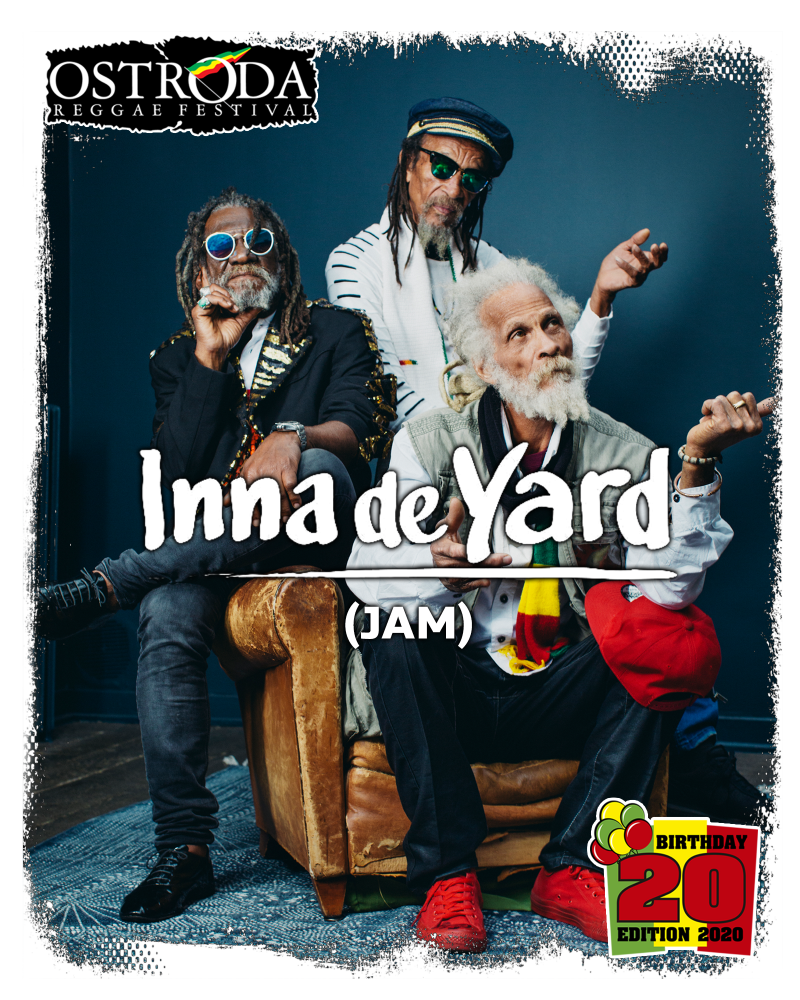 The Soul of Jamaica, as in the title of the famous movie. The finest collective of artists and players unites generations and shows the real gold of the island – its music.

Inna de Yard was founded in Kingston in 2004 on the terrace of the guitarist Earl ‘Chinna’ Smith, always open for acoustic jamming. These sessions were recorded and released in series of albums by the French label, Makasound.

2017 marked the beginning of a new chapter for Inna de Yard, with the release of the album “The Soul of Jamaica”. It included a great list of veterans and young artists: Winston McAnuff, Ken Boothe, Cedric Myton, Kiddus I, The Viceroys, Lloyd Parks, Kush McAnuff, Var, Derajah and others. They performed in acoustic manner, using piano, bass and acoustic guitar as well as traditional Nyabinghi drums. Some songs were enriched by horns and harmonies. Encouraged by the unexpected success of this release and a sold out tour in France (including the Philharmonie and Le Trianon in Paris), they decided to record another album, a compilation of their most iconic tracks. Self-titled “Inna De Yard” album was released in 2019 and it was extended to include a female element – Judy Mowatt and Jah9.

It all started when this famous director Peter Webber (3 Oscar nominations for “Girl with a Pearl Earring”), being a reggae fan himself and captivated by the subject, decided to help to record the new album and make it into a film. “Inna De Yard. The Soul of Jamaica” movie was premiered in July 2019 and screened worldwide. In an unlikely coincidence, UNESCO added reggae to its Intangible Cultural Heritage of Humanity list. Who embody better to Jamaica’s authenticity and culture than this group of forgotten legends, who used to jam together in backyards in the 60s and 70s, playing reggae, ska and rocksteady, just as they now do with Inna de Yard?

Their music conveys a timeless quality, while they themselves are not. Four of the mainstays (Wesley Tinglin & Neville Ingram of The Viceroys, trombonist Nambo Robinson and guitarist Boo Pee) have passed away since then.

At their first Polish performance we will see Cedric Myton, Winston McAnuff, Kiddus I, Var, Kush McAnuff and the others. Welcome to the yard, where it all began. Real celebration of original Jamaican culture!

“An excellent project… not unlike Buena Vista Social Club, except this time the location is Jamaica not Cuba”

Inna de Yard – If You Love Me feat. Kiddus I