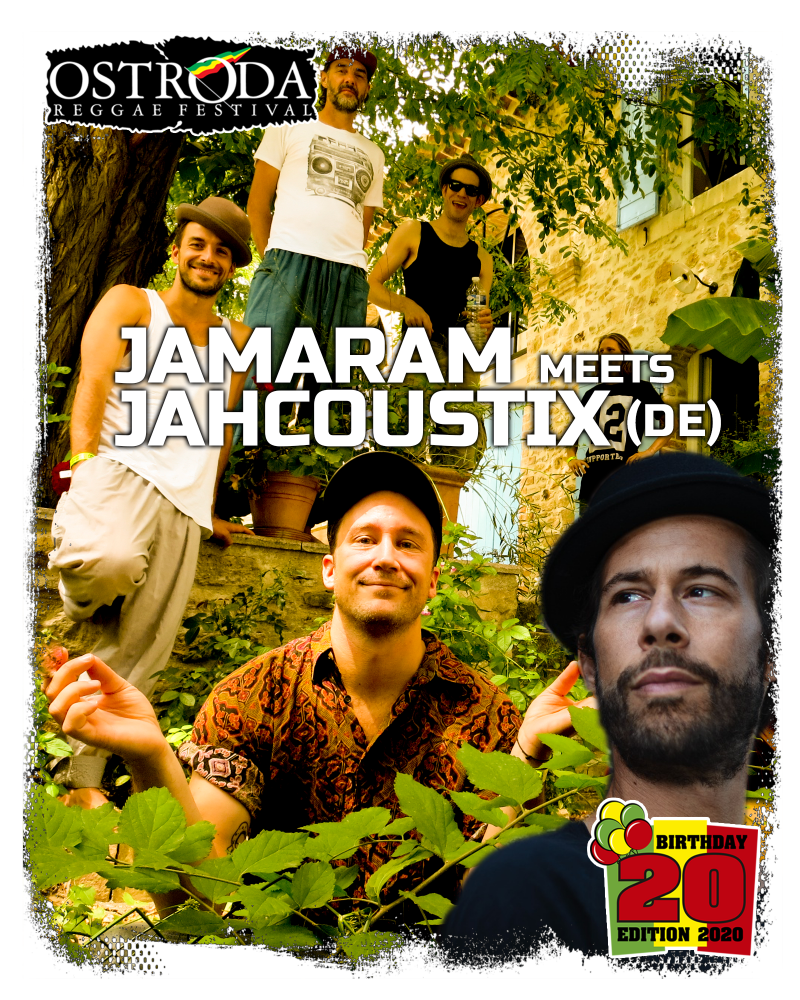 Jamaram were founded in 2000 in Munich. Their music is a special mix of reggae, ska, dub, funk, soul, latin, swing, pop and rock. This melting pot is further enhanced by lyrics in English, Spanish and French. 11 albums and about 2000 concerts in over 20 countries is a very big achievement. You could see them at the largest European reggae events like Rototom Sunsplash, Chiemsee Reggae Summer, Afrika-Karibik-Festival or Summerjam. Their history, however, includes also performances at railway stations or in juveniles. They ran workshops in Uganda and organized a fundraising campaign for school for local orphans – child victims of AIDS. This is music addressed to fans of catchy multi-style and multicultural songs. The leading European reggae producer Umberto Echo has been taking care of their sound for many years.

In 2012, during a tour in Zimbabwe, Jamaram met Acoustic Night Allstars, a group of young but very talented local singers. Their performances and workshops together were a success and following year the two teams went on a joint tour in Germany. In the Spring of 2015, the album “Heavy Heavy” was released, created in collaboration with guests from the Black Continent. Jamaram performed Poland many times. In 2015, they conquered Przystanek Woodstock, where Grubson made a guest appearance. They were also one of the headliners of One Love Sound Fest 2017.

They currently promote “To the Moon and the Sun” album, released in March 2019. Guido Craveiro – producer of Seeed or Frank Delle joined the group of their collaborators on this album, and the only vocal guest is the sister of the singer Tom – Sara Lugo. In January 2020 their next dub album “Jamaram in Dub 2020” will be released, with versions created by Umberto Echo.

For Jahcoustix, it all began in Nairobi, Kenya in 1992, where he found music that gave his life a clear musical direction – roots reggae. Spending most of his youthful days in African countries, Jahcoustix was fascinated by Africans and their positive attitude towards life, despite living in extreme poverty. There he made first contacts with Rastafarians and reggae music. After spending 15 years abroad, he returned to Germany in 1998 and began working with the Dubios Neighborhood band. Together they created the debut album “Souljahstice” (2003). In 2005, his popularity began to go beyond the German market and he toured the United States and Canada. He recorded, among others, with Shaggy or Vaughn Benjamin of Midnite / Akae Beka. His latest, eighth album “Reunion” (2019) is a return to cooperation with musicians from old times, a beautiful production of Oneness Records and exceptional guests such as Jamaican Luciano, Ras Muhamad and Tóke from Indonesia or Senegalese Meta Dia.

It feels like a great return to Ostróda – Jamaram performed at ORF in 2013, while Jahcoustix in 2008. Now in this joint show, they will present a set of hits from both projects.

Jamaram – Check Them Out (live)

Jamaram – To the Moon and the Sun (trailer)