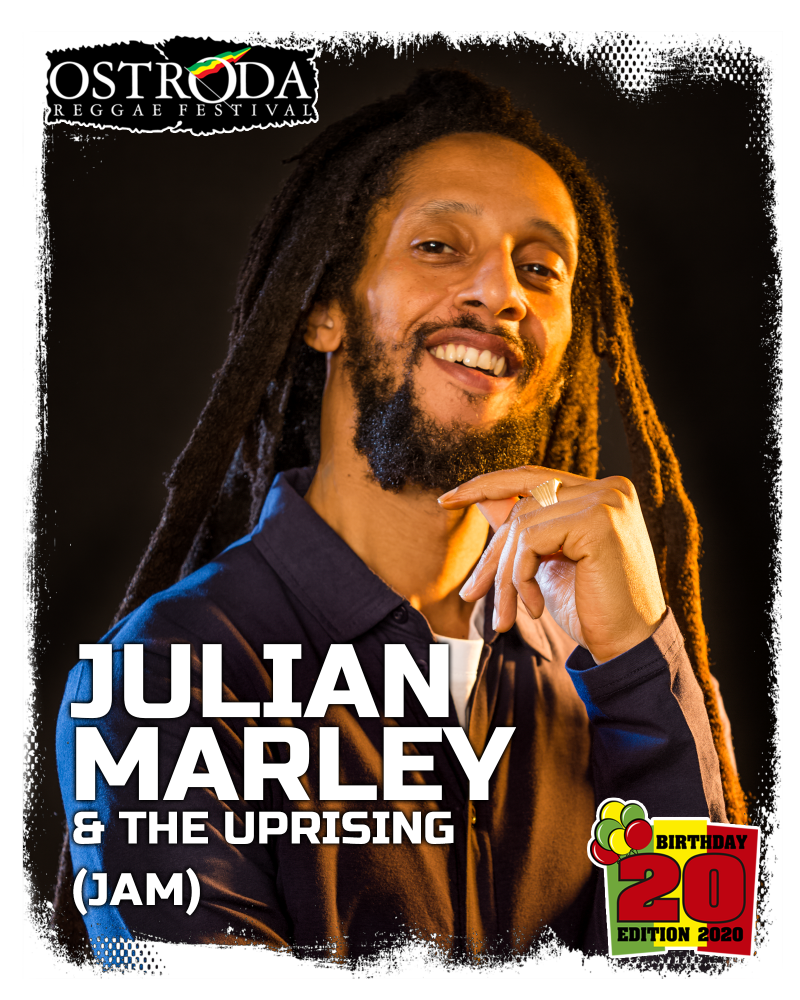 The son of the iconic father and a talented singer, musician and producer is back in Poland to promote his new “As I Am” album.

Julian “JuJu” Marley has been around music all his life. Born in London in 1975, he has been blessed both by his father’s great talent and legacy and by the unique perspective that comes with an upbringing in a multicultural community. Since recording his first song at age 5 at the Marley family home in Kingston, Julian has become a skillful, self-taught musician, mastering the bass, drums, and keyboards. In 1989 he released his first album “Uprising”, also the name of his new band. He moved to Jamaica in 1992 and began to work with such reggae veterans as Aston “Family Man” Barrett, Earl “Wire” Lindo, Tyrone Downie and Earl “Chinna” Smith. His second release, “Lion in the Morning”, is a conscious effort that reflects his growing maturity and musical sophistication. Julian collaborated on the album with the Ghetto Youths International production team founded by brothers Stephen and Ziggy. In 1998 Julian contributed a vast range of musical elements to “The Miseducation of Lauryn Hill” album. In 2003, he joined his siblings Stephen, Cedella, Damian and Kymani to contribute their version of “Master Blaster” for Stevie Wonder’s tribute album. His third album “Awake” (2009) incorporates roots-reggae sound that Julian has made his own, infused with street-energy hip-hop, bubbling dancehall, and a smooth combination of R&B and reggae. Again, you can hear here his brothers. It received an award for “Best Album of the Year” at the International Reggae & World Music Awards (IRAWMA).

Julian along with the Marley family performed a series of family “Africa Unite” performances, including Ethiopia, Ghana and Jamaica. At the invitation of the Jamaican government, Julian Marley and The Uprising performed during the 2008 Olympic Games in China and celebrated alongside Usain Bolt. Apart from it, you could see him in almost all corners of the world.

After 10 years, in 2019 Julian released his 4th album “As I Am”.
Following the footsteps of his iconic father’s message, he is inspired by life and spirituality, and while remaining true to his reggae roots, the crooner transcends musical genres. Next release by Ghetto Youths International, the 17 tracks album boasts producers Julian Marley, Damian Marley & Stephen Marley. It features collaborations with Shaggy and Beenie Man among a host of other impressive artists. To quote Reggaeville.com review: “The diversity of this record makes it a colorful musical painting with new surprises to discover.” Now the album is nominated for Grammy.

It will be first Julian Marley’s performance in Poland in a decade.

Are You the One