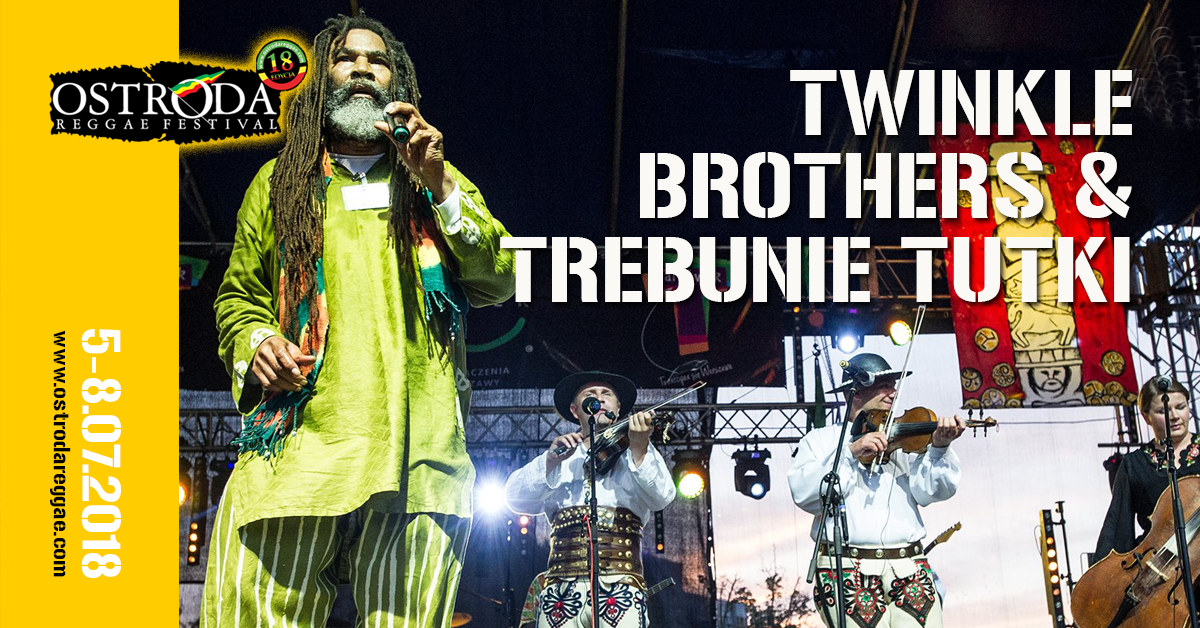 25 years ago the memorable album “Heigher Hights” was released in Poland. The new idea of ​​ Jamaican & Polish cultural mix changed perception of native ethnic music in Poland and significantly contributed to the local popularization of reggae. The album has also become a global phenomenon of world music.

Twinkle Brothers were founded in 1962 in Jamaica, today considered a fundamental roots reggae band. Norman and Ralston Grant brothers were winning local pop and mento competitions, and in 1968 they got a title of the best vocal group on the island. They repeated this success a year later with the next prize for Norman Grant as a solo artist. Everyone on the island knew them as Twinkle Brothers, although Norman also recorded solo for Beverley’s of Leslie Kong. In 1975 they released first full album “Rasta Pon Top”. Finally Virgin Records started publishing their music in Europe and beyond. Albums like “Love”, “Praise Jah” or “Countrymen” were reggae bestsellers. Norman Grant decided to try his hand as a producer and a record label called Twinkle Music. He released Twinkle Brothers’ hit album “Me No You – You No Me” in the UK in 1981. On the next album “Underground”, released in January 1982 (during martial law in Poland), Twinkle Brothers sang “Battlefield” when the album’s artwork contained Solidarity movement logo. In 1988 they visited Poland first time for Róbrege Festival in Warsaw and then returned many times. In 1991 a revolutionary recording session happened in Poland, including Twinkle Brothers and the highlanders’ family band from the Tatras, Trebunie Tutki. The concept was a brainchild of Włodzimierz Kleszcz, famous journalist and pioneer promoter of world music and reggae in Poland. Several mixes for the album were made by the famous producer Adrian Sherwood. The album titled “Higher Heights” was released in the UK in 1992 and a year later on a cassette in Poland by Kamahuk. Enormous interest in the album allowed to release further fruits of this sensational cooperation: “Comeback Twinkle 2 Trebunia Family”, “Our Twinkle Home”, “In Sherwood”, “Songs of Glory” and dub versions of the first recordings together. The albums have been awarded the titles of “Album of the Month” in the UK, “The Musical Event of WOMEX” in Berlin, or enjoyed third place in the „Best albums of the decade” by EBU World Charts Europe. So far, Twinkle Brothers released about 60 albums and countless singles. They performed all over the world.

Trebunie-Tutki is a family band from Biały Dunajec in the Polish Tatra Mountains and they have been singing already for some generations. They evolved from a typical highlander band to a concert band performing at the biggest festivals in Europe, as well as in Asia and North America. The love of tradition and loyalty to their highland musical heritage does not limit their vision, which led them to work not only with the Jamaicans, but also with musicians from Georgia or rock band Voo Voo. They create new highlander music, developing and enriching the indigenous tradition with new melodies, contemporary lyrics and avant-garde arrangements.

Twinkle Brothers performed in Ostróda in 2005 and “Twinkle Inna Polish Stylee” project will be presented at the festival for the first time. It is a praise of joy, life, love, truth, tradition and faith. Over prejudices and divisions, with an optimistic message of hot Jamaican rhythms and a refreshing highlander note.