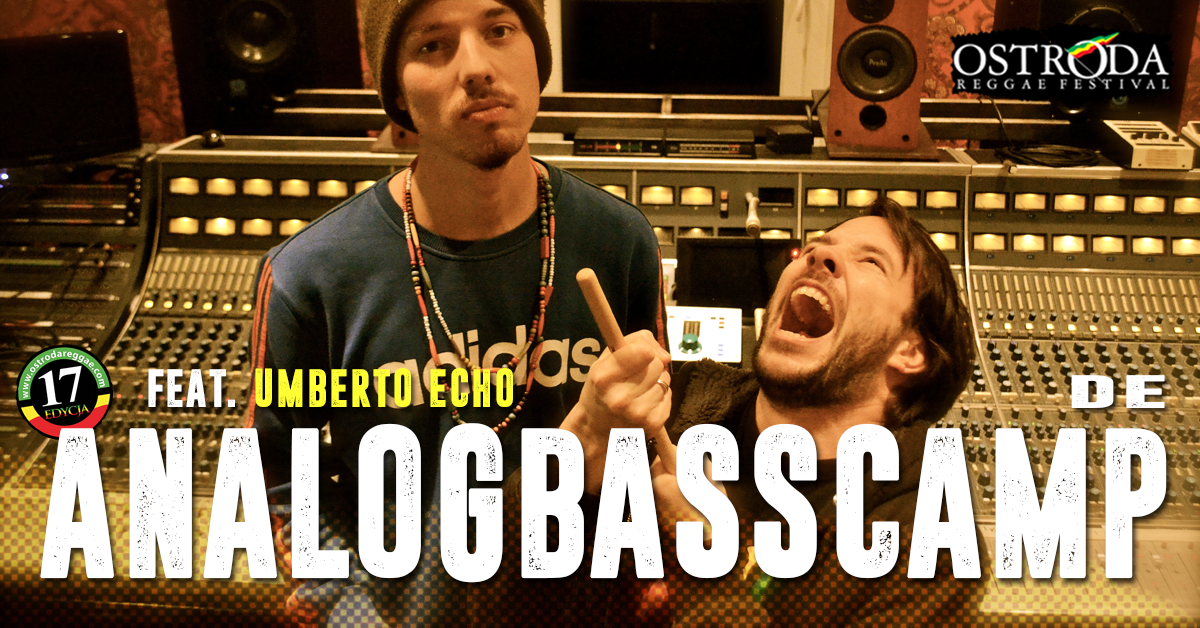 Umberto Echo is the top European producer, world famous for his incredible musical vision and quality sound. He will present his works as a live-act: live dub mixing meeting world class drumming.

AnalogBassCamp is the new project of dub wizard Umberto Echo and exceptional drummer Silvan Strauss. Their concept is „everything bass” – dub, drum & bass jungle, electro, trap. Always in motion, never static, experimental but still highly danceable. The two have been working in different constellations for over a decade and founded AnalogBassCamp in 2016 to share their love for low analogue bass and broken beats. Umberto Echo aka Philipp Winter is a Munich based record producer, sound engineer and dub activist. He has released 4 dub albums under his name. He contributed to over 100 albums, engineering and/or producing in a wide range of genres since he started in 1999. Umberto Echo has also a history of 1500+ concerts since 1998 as dub/sound engineer. His production credits include remixes or studio work for Seeed, Gentleman, Steel Pulse, Dub Inc, Morgan Heritage, Sly & Robbie, Protoje, Jamaram, Dub Spencer & Trance Hill and countless more. He is a co-founder of world acclaimed reggae production team and the label Oneness Records.

Silvan Strauss is the drummer and raper of Hamburg based Pecco Billo. He brings his own creative groove factor to the likes like NDR Big Band, Maria Joao, Palle Mikkelborg, Ack Van Rooyen, Django Deluxe and others.

Together they are unstoppable force, to be witnessed first time in Poland, in Ostroda.