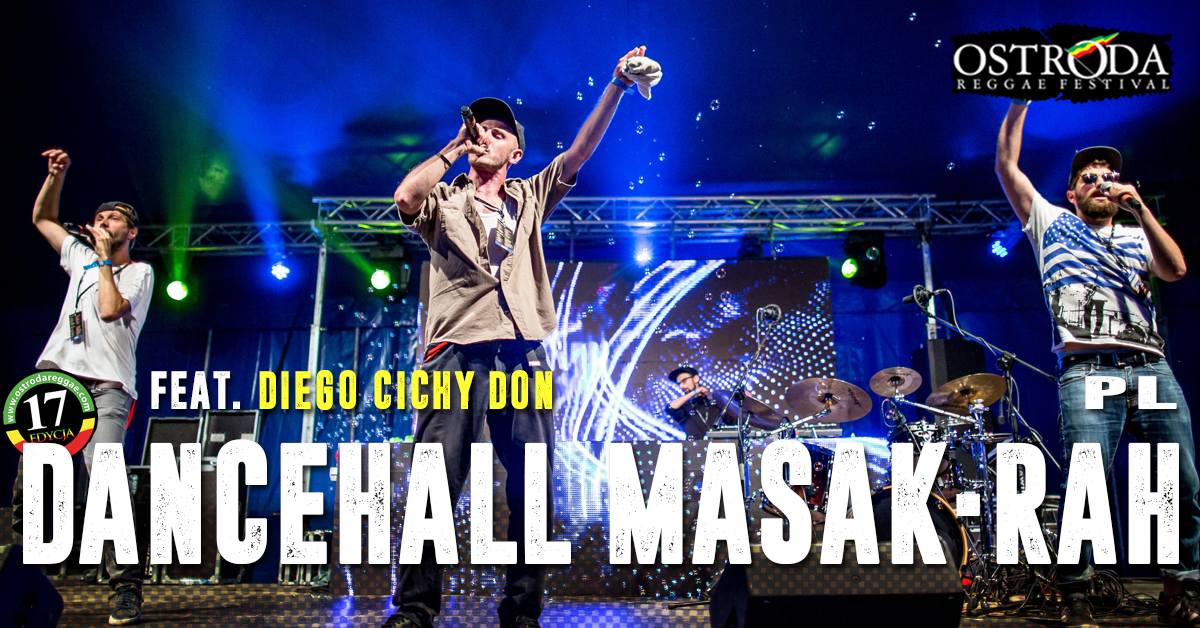 27Pablo and Junior Stress will always make you hot! Now, apart from their gags and high dancehall dynamics, they bring more their own productions and promote Diego’s upcoming album.

Dancehall Masak-Rah was formed in 2008 by veteran dancehall/reggae selector 27Pablo and one of the leading Polish DJs/singers – Junior Stress. They started with small weekly dance in Warsaw, which soon grew to be the most popular weekly dancehall event in Poland and Dancehall Masak-Rah became most wanted dancehall sound in Poland for all festivals and events, bringing dynamic entertainment and introducing the finest Jamaican music to the Polish audience. Thousands of Jamaican tracks mixed with hundreds of not funny jokes proved to be a formula that is still fresh and conquers hearts of both fanatics of Jamaican matters and those, who have no idea. In 2013 Dancehall Masak-Rah won the “Nocne Marki” Aktivist mag award in the category of “The event of the Year”. Every Sunday they host a dancehall/reggae show on student Radio Kampus in Warsaw. They were the first in Poland to broadcast their radio show straight from Jamaica. Since 2016 Masak-Rah plays their sets with Diego Cichy Don, who will release his super modern dancehall-bass album. At their parties, Junior Stress’ classic tunes are presented in updated remix versions, with 27Pablo’s work involved. The crew is on a new, creative way and step by step there is always more their own productions. It’s gonna be hot!