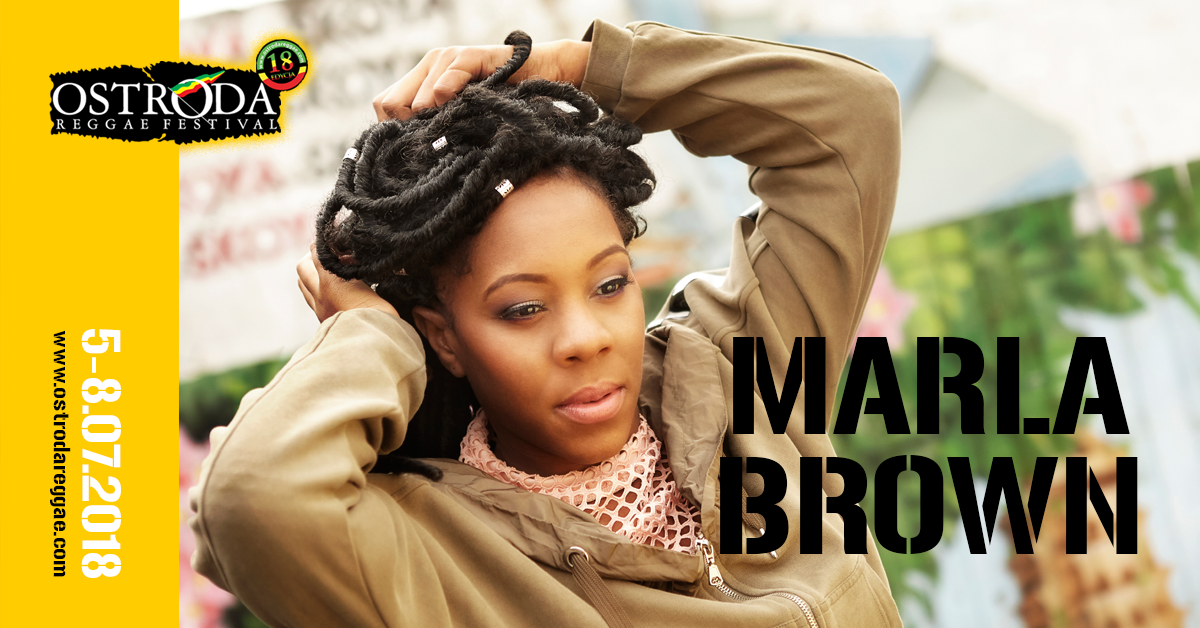 She successfully continues the legacy of her late father Dennis Brown, whom Bob Marley himself referred to as his teacher. Becoming one of the strongest voices of women in reggae, she does it in her own style.

Marla Brown is the youngest child and daughter of the Late, Great Crown Prince of Reggae. With a history of professionalism through the arts, young Brown is no stranger to performance and entertainment. Having Ballet, Street and Contemporary dance as her foundation, Marla has performed extensively around Europe for over 14 years with her dancing ability. A past Ambassador for the 2012 London Olympic and Paralympic Games, a semi finalist in the Hit TV Show “Britain’s Got Talent” and noted dancer for the sporting Giant Adidas, she is well known in circles around London. Garnering English national championship titles, extensive theatre productions and showcases around Europe, it is believed this young empress is destined for the stage. With such a barrel of achievements, Marla is continuing on her father’s legacy through her own heartfelt way. “Music and art have been embedded in my heart and soul from young, so it is an organic movement to enter the music world on a professional level and share my love for it with others.”

With the swift transition from dance to recording studio, Marla’s debut as an artist took place at London’s famous Jazz Café in November 2013, as the guest and opening act for the event “Grooving With The Legends”, Bunny “Striker” Lee’s 46th year Anniversary within the music industry. With an encore of applause and enjoyment from the audience, this was just the beginning for the young Princess. From there she flew to Kingston to launch her solo career and represent her father during Reggae Month in February 2014, performing at various shows in and around the island. With extensive radio and magazine interviews, shows and appearances, it was Marla’s impressive performance at the Dennis Brown Annual Tribute Show, where she really made the Brown name shine bright. Marla’s debut single was “Better Days” in 2015, followed by successful EPs: “Deliverance” (2016) and “Survivor” (2017). She was also a part of the tribute compilation “We Remember Dennis Brown”, released by VP Records in 2016.

She will perform Poland for the first time.