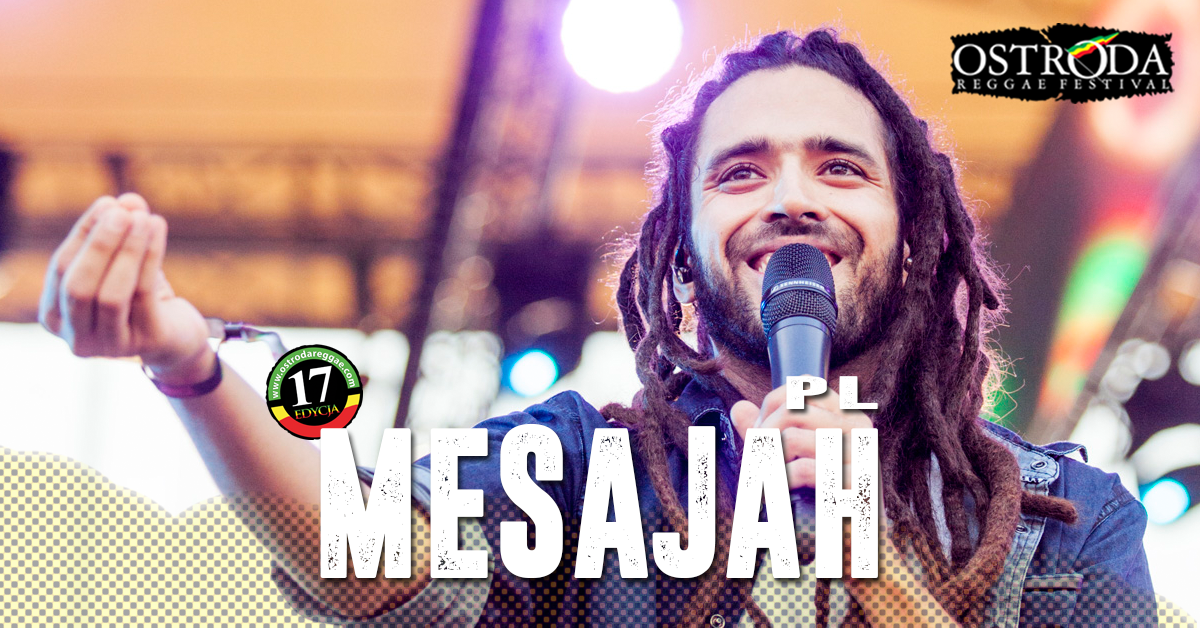 As one of very few Polish reggae artists, he managed to reach wider audience. His last year’s album “Return to the Roots” was a success and the whole Poland was singing “Wolne” (“Free time”).

Mesajah is a Polish singer, songwriter, producer and composer. First known as co-founder of Natural Dread Killaz, in 2008 he decided to start a solo career releasing the first album “Ludzie prości”. It surprised both audience and critics with a unique attitude towards reggae, dancehall, dub and hip-hop. The album single „Każdego dnia” became a massive hit known not only to reggae fans. In 2012 Mesajah released the second album „Jestem stąd”. As per the title („I am from here”), it refers to the problem of racial discrimination. It is a call for tolerance and equality, regardless of race, religion or creed. The album brought popular singles „Szukając szczęścia” feat. Kamil Bednarek, „Do rana” and „Ogień”. 2013 is “Brudna prawda” album. The production involves Adry and Paxon of Popular Station Studio, House of Riddim, Riddim Bandits, Dreadsquad and Emir Kobolic. The artist describes his style as “modern roots”. Accessibility of the message and talent to music made him performing at major music events – One Love Sound Fest, Polish Woodstock, Ostróda Reggae Festival, Regałowisko and many others. He supported Gentleman, Shaggy, Sizzla, Junior Kelly, Stephen Marley, Wu Tang Clan, Anthony B and Alborosie. “Powrót do Korzeni” (“Return to the Roots”), released last year, is the most personal and prepared album in Mesajah’s career. As an executive producer he took care of all details related to the album, recorded with his band Riddim Bandits and his female backing vocals duo I Grades. Among the guests you can hear Damian Syjonfam, Wlazi, Cheeba, paXon and Bubblaz – Jamaican keyboard player from the  Firehouse Crew. Mix and mastering was in hands of Studio As One. The lyrics are about different subjects related to searching your own identity in today’s troubled world. The song „Wolne” („Free Time”) was a winner of the audience voting at The Festival of Polish Songs in Opole last year. Mesajah comes back to Ostróda for the performance with Riddim Bandits band and I Grades duo (working on their own album now). You can also see Mesajah as a part of „Tribute to Bob Marley” show the other day.