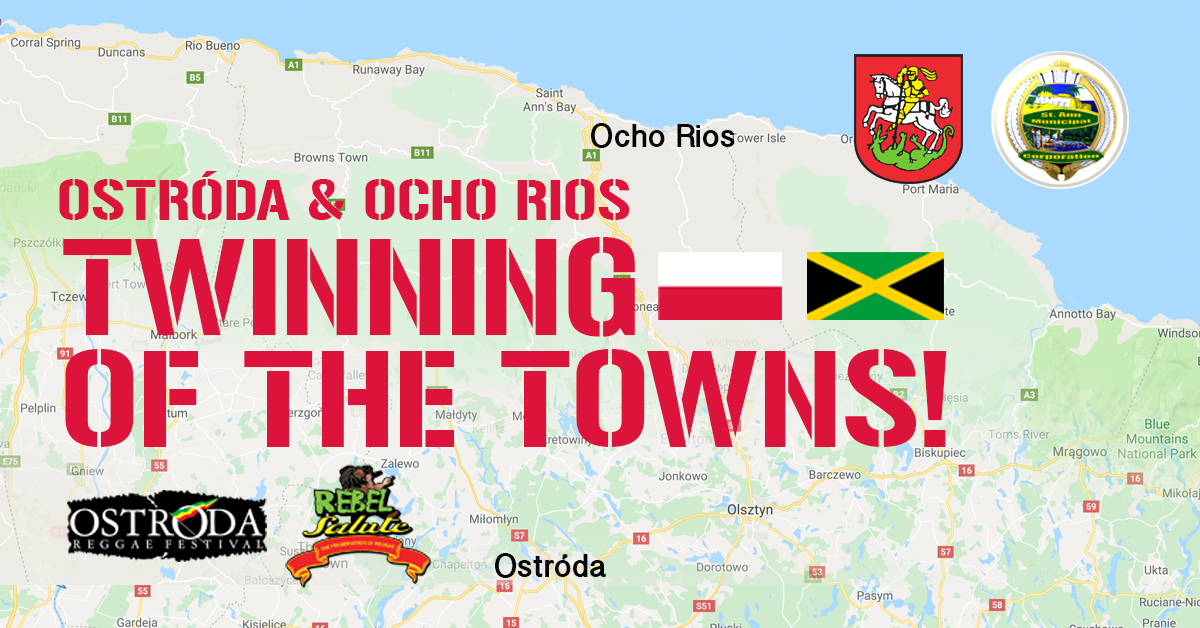 Ostróda will be the first city in Poland to sign a partnership agreement with Jamaica, which will be represented by the town of Ocho Rios in St. Ann – a tourist and cultural center on the northern coast of the island. One of the elements connecting these distant places are their leading reggae festivals, Ostróda Reggae Festival and Rebel Salute. The agreement will be signed in July in Ostróda during the official visit of the Jamaican delegation that will also attend the festival.

Councilors in Jamaica already unanimously voted for the signing of a partnership agreement with Ostróda. Today, a similar voice was expressed by the City Council of Ostróda during their meeting.

In 2016, the organizers of the Ostróda Reggae Festival during their visit to Jamaica made contact with the local government bodies and the Polish Honorary Consul, Mrs. Irena Cousins. The talks resulted in an official proposal from Mrs. Milena Łukasiewicz, Chargé d’affaires at the Polish Embassy in Caracas responsible for the Caribbean region. After exchanging correspondence with Jamaica, the authorities of the St. Ann Municipal Corporation, based in St. Ann’s Bay, decided that nearby town of Ocho Rios will represent the parish capital as a sister city to Ostroda.

Ocho Rios is one of the main tourist centers in Jamaica. One of the most important music festivals in Jamaica – Rebel Salute is held nearby and just celebrated its 25th anniversary. The St. Ann region is also the birthplace of such important heroes as Bob Marley, Marcus Mosiah Garvey and Burning Spear.

Establishing partnership relations between Ostróda and the Jamaican town of Ocho Rios is an unprecedented event on a European scale. Cultural and tourist exchange between the  towns will be a wonderful opportunity for both countries not only to get more closer but also will help to further enhance the learning about the cultures and various customs. It is also the crowning achievement of many years of cultural cooperation between the countries, as a result of which Ostróda Reggae Festival is a well-known brand in Jamaica. Over the years, the festival has been visited by hundreds of Jamaican artists. In 2012, the event was hosting the Jamaican diplomatic corps and was the site of the official Polish celebration for the 50th anniversary of Jamaican Independence.