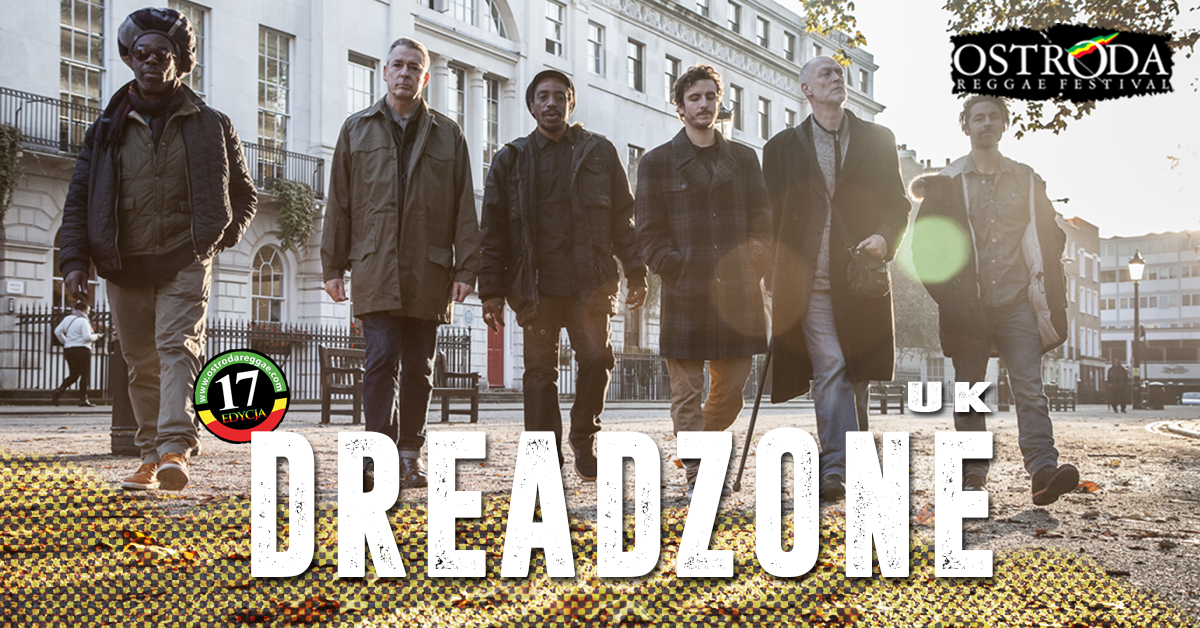 Pioneers of the British dub rave scene return with the new album, which you will hear in Ostróda. Dread music for an unpredictable world, these are „Dread Times”.

Dreadzone was formed in 1992 by Greg Dread (composer, producer, DJ, drummer) and Tim Bran. But before Greg found his spiritual home in the “dread zone”, together with bassist Leo Williams he participated in Big Audio Dynamite, the band of Mick Jones from The Clash. Later, with Don Letts, they formed Screaming Target. Dreadzone debut album was “360°” (1993), followed with “Second Light” (1995), with the mega hit “Little Britain”. Another chapters of the Dread story were regular club nights called Dubwiser, singles with Fingerlickin Records and next albums “Biological Radio” and “Sound”. Dreadzone started to perform at the festivals like Glastonbury, Roskilde, Summerjam, The Glade, Carling or Beautiful Days. They also visited Poland many times. They return to Ostróda after the memorable concert in 2012. “Dread Times”, the eighth studio album Dreadzone, was recorded at the Bunker Studio of Mick Jones and mixed by the band’s co-founder Tim Bran. Don Letts added his lyrical input. Their old skool dread sound comes bubbling to the surface on this album and it digs deeper into their dub and reggae roots whilst still keeping the beats fresh and the textures electronic. Conscious lyrics, social ills, matters of the heart and mind merge with 21st century dubwise flavours. The album is an eclectic rolling journey that recalls elements from an illustrious 23 year history while always looking ahead to the next phase.

You can not stop yourself from dancing, guaranteed!