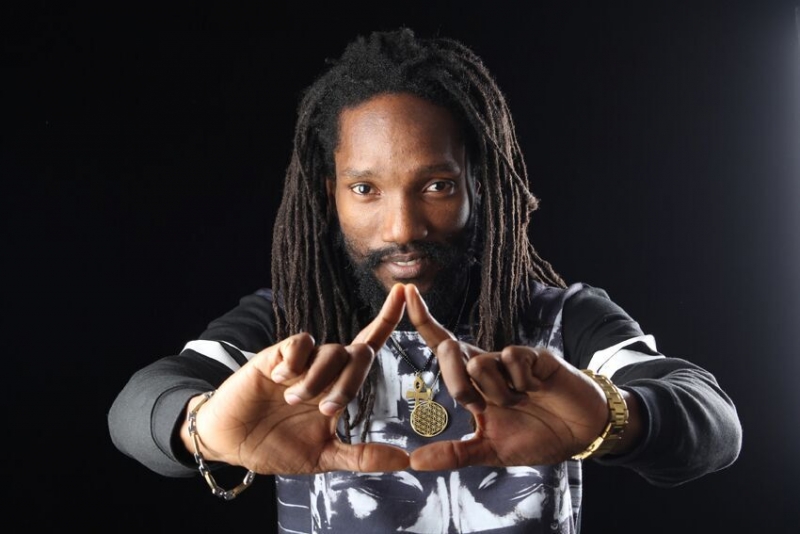 One of the top Jamaican artists of Reggae Revival movement is coming to Poland first time with his own band. Highly acclaimed for his mixture of reggae & hip hop and conscious lyrics, Kabaka Pyramid will set Ostróda’s stage on fire!

Keron “Kabaka Pyramid” Salmon is a multi-talented artist and producer hailing from the streets of Kingston, Jamaica with a unique musical style blending the power, energy and melody of Reggae with the lyricism of Hip hop. The name “Kabaka” is Ugandan for “King” and the longlasting survival of the Pyramids of ancient Africa represent his desire for longevity in the music and deep connection to Kemetic roots; leaving messages for generations to come.
He is an ever-evolving artist that has numerous ways of expressing his creativity – writing lyrics, producing tracks, engineering/recording himself or other artists, mixing songs, editing video/photos and even playing the guitar!

His passion for music began at an early age when he would change the lyrics to popular songs and record his own version on his mother’s tape recorder. Reggae music has always been a strong influence on the Kingstonian lyricist with Sizzla Kalonji and Peter Tosh providing a great source of spiritual inspiration in his life. During high school Hip Hop music also captivated him with Nas and Common serving as great examples of the success of conscious music.
Kabaka spent his early years as a rapper to underground success. He was awarded a place on internationally renowned Dj Green Lantern’s “Myspace Invasion” Mixtape as well as released two mixtapes for himself “The Transition Vol 1 and 2 and a collaboration album “Bebble Business” as part of the Bebble Team group. With these projects he cemented himself as an artist with deep spiritual messages and proven lyrical ability and was instrumental in raising the bar on the standard of Hip Hop in Jamaica. In July 2011 Kabaka Pyramid released his “Rebel Music” EP. This project was a fusion of roots rock, reggae, dancehall and hip-hop and made waves in the global landscape. Kabaka has since achieved top spot, placing #1 on the Billboard Next Big Sound Charts Worldwide. With another EP “Lead the Way” he has been awarded breakthrough artist of the year 2013 by the Jamaica Reggae Industry Association and was also nominated for Song of the year 2013. The lyricist has also won the award for best reggae recording in 2013 by Canada’s highly respected Juno Awards. He had also been tipped by the Jamaica Gleaner as one of the top 4 artists to watch in that year.
Releasing singles such as ”Free from Chains”, “No Capitalist”, “Mi Alright” with Chronixx, and “Never Gonna Be A Slave” as well as music videos for the popular “Free from Chains”, “Liberal Opposer”, “High and Windy”, “Warrior” featuring Protoje and “World Wide Love” he has achieved regular rotation on local and international airwaves.
Kabaka has toured extensively carrying his “Rebel Music” to the largest of Reggae stages around the world performing on major festivals spanning from the US West Coast to Europe. Aided by his excellent Bebble Rockers band he has brought his message and power to thousands of people hitting stages such as Reggae on the River (US), Sierra Nevada World Music Festival (US), Rototom Sunsplash (Spain), Musa (Portugal), SummerJam (Germany), Reggae Sundance (NE) and Reggae SunSka Festival (FRA) amongst many more. Locally Pyramid has graced the stage of major local concerts such as Rebel Salute, Trench Town Rock and the Dennis Brown Tribute Concert as well as live national TV and radio performances to rave reviews.
In recent time you could hear him collaborating with Protoje on his “Ancient Future” album, on the singles with Tarrus Riley, Addis Pablo or in ironic message to Jamaican politics on “Well Done”, song produced by Damian Jr Gong Marley.
With a mission to steer future generations towards harmony and unity Kabaka is primed and focused on bringing a righteous and conscious way of thinking to the masses through Reggae and Hip Hop Music.