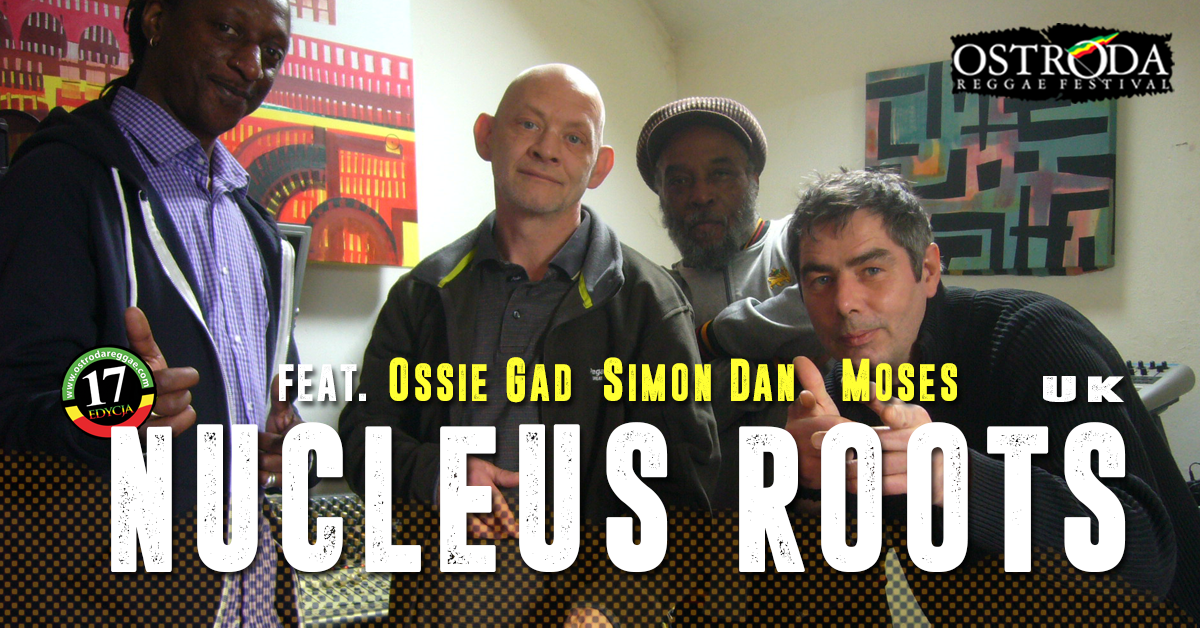 Since 1996 they have consistently promoted their idea of ​​”digital vibration inna old school inspiration” – a combination of modern fat digital beats with the melody, message and vocals of classic roots reggae.

The ideology behind Nucleus Roots was to create a recording studio for many reggae talents living in Manchester. In 1996 Nucleus Roots Studio created a live band, based on some members of highly acclaimed punk reggae Manchester band Community Charge. At the very beginning, Nucleus Roots was a 10-member group with Paul Lush (bass) and Dub Dadda (vocals, now Zion Train) at the forefront. Soon they built up a large fanbase and got played by many sound systems. In 1998, the new formula of Nucleus Roots as a digital live act was born. One year later they performed at the Glastonbury Festival and then returned there many times. As a result, they began to tour across Europe. They created their own distinctive sound that can be admired on 5 albums and countless singles. The latest album, “Heart of the Matter” shows the vocal talents of Moses, Country Culture, Simon Dan, Ossie Gad, Don Hartley, Desny and Stix Dan. Over the years, they worked also with ones like Twinkle Brothers, Misty in Roots, Dub Syndicate, The Nature-ites, Jah Shaka, Aba Shanti and Fred Locks. They still make music and release new singles. Nucleus Roots visited Poland many times, both for club shows and festival performances. They return to Ostróda after 12 years with a live set with three great vocalists – Simon Dan, Moses and Ossie Gad (responsible for the big hit of British reggae, Natural Ites’ “Picture on the Wall”).