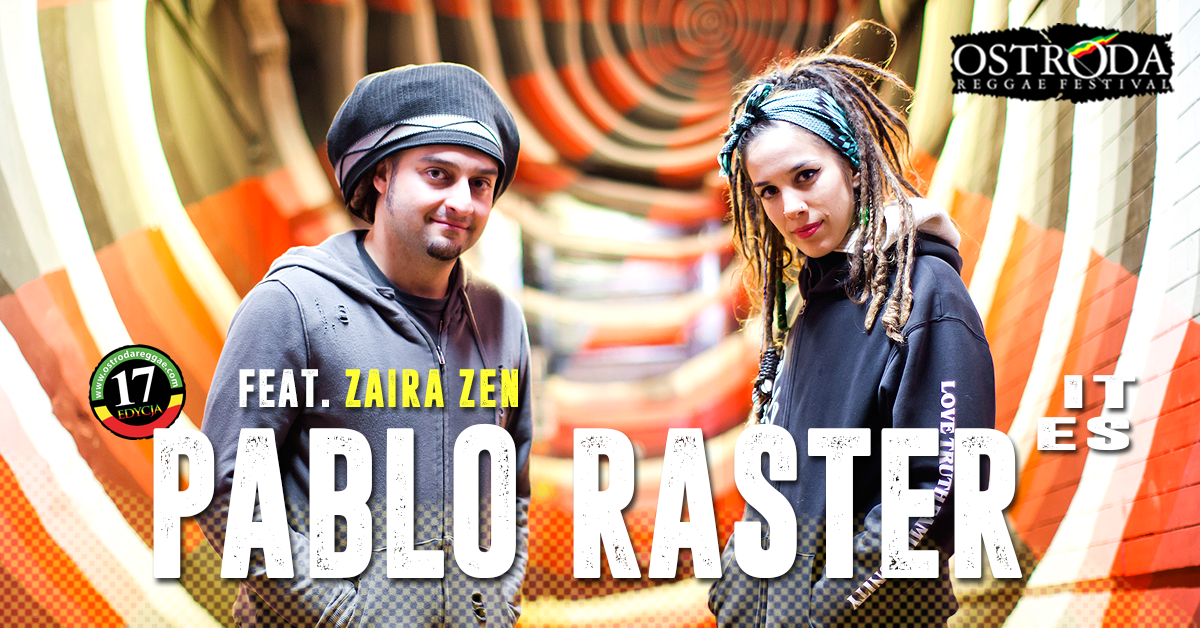 For many years in the foreground of Italian dub music as the musician, singer and the producer, he achieved his own style and the world starts to notice it. Having built up his status in the Polish club circuit, he will shake the dancefloor with the Spanish female singer, known from some productions together.

Pablo Raster’s sound system music is based not only on post-Jamaican heavy basslines, but also on the experience with soundtracks and other kinds of music production he was involved in. Coming from small ancient Spoleto, he was the founder of RasteR band, with whom he released 7 albums and performed almost 1000 concerts in Italy and abroad. He worked closely with the legendary Italian dub master Madaski (Africa Unite, Dub Sync), collaborated with Zion Train, Vlastur, Dziga, Ricc Frost, Kg Man, Kasia Malenda and many others. Pablo Raster produced 2 albums for DMA and 1 for Dub Fighters. He is also responsible for dozens of remixes and dubs for Italian and international artists. He played as dubmaster for Marcello Coleman.  Pablo released two solo albums “Art of Dub” (2015) and “Forever Dub” a year later. 2016 were also two 7” singles: “Jump up” with Barry Issac and “Fight against, with AntZoni Rubio. Another singles “Danger” featuring Zaira Zen and “Jah Kingdom” voiced by Ras Tinny were published as free download by the famous French netlabel ODGprod. His live dub set is a mix of his own electronic productions spiced with delay, reverb, phaser, sirens and filters that make the show unique and unrepeatable every time. He often performs with guest singers who just add to the solid foundation built by this experienced Italian artist, active on stage already for 16 years.

Zaira Zen is a vocalist in female reggae band Amazonians and Each One Teach One Soundsystem. Her love for the music goes though a lot of different musical styles, from jazz, reggae and hiphop to dub, grime or drum’n’bass. She is involved in different reggae tributes in Valencia city and performed with many sounds and producers.