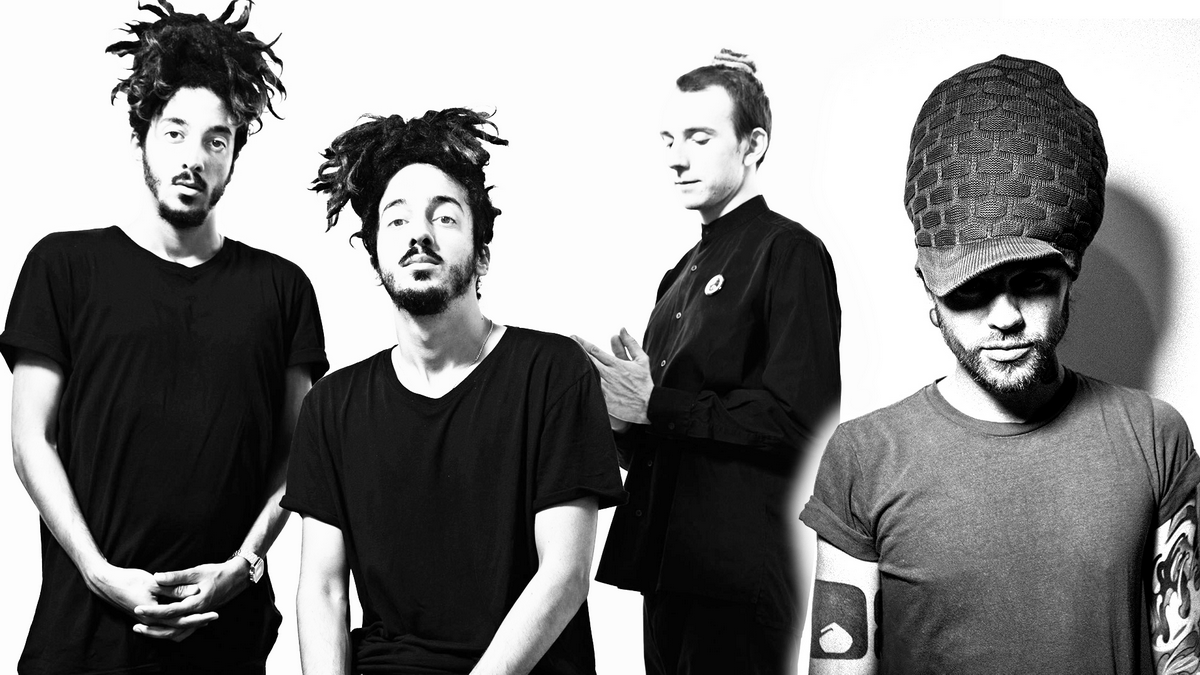 Paolo Baldini is one of the most important producers in the European reggae music. In DubFiles session you will see him in live dub action with the cream of the crop of Italian vocals – Mellow Mood twin brothers, their bass player Giulio and Forelock. Initially as Youtube project, now in full spectre of the heavy sound system.

Paolo Baldini, the bassist for Italian bands B.R.Stylers and Africa Unite, ranges in his collaborations from pure reggae (Mellow Mood) to electronic dub (Dub Sync) and rock’n’roll with world music nuances (Tre Allegri Ragazzi Morti). His project DubFiles officially debuted at the beginning of 2013 and originally consisted in a series of online videos, documenting what happens inside Baldini’s Alambic Conspiracy Studio, when he is at the mixing desk, dubbing the productions of his own team, and singers deliver alternative versions of the same riddims. Hundreds of thousands views later, it was time to turn the videos into a proper album, featuring Italian acts like Mellow Mood, Andrew I, Forelock and Spanish rising star Sr. Wilson. Italy’s most important independent label La Tempesta released the first full-length album of his DubFiles project in 2014. Special guests on the album are Richie Campbell, Dub Fx and Rawz. In February 2015 Paolo Baldini packed his mobile studio and flew over to Jamaica. Together with Mellow Mood, Forelock, graphic novelist Davide Toffolo and anthropologist Icir Mimina Di Muro as videomaker, he set his recording equipment at Song Embassy Yard in Kingston. During a week long audio/video recording session took place when he was joined by more than thirty singers who would deliver their vocals on Baldini’s riddims. The technique of these recordings features one-take-only performances of the singers, while Baldini is simultaneously dubbing the riddims on an 8 track ADAT digital tape recorder. Baldini’s project DubFiles already features dozens of videos on YouTube based on the same formula and scoring hundreds of thousands of views. In Ostróda Paolo Baldini will perform with Mellow Mood members, the band he produces: brothers Jacopo and Lorenzo Garzia, Giulio Frausin, as well as Forelock, the singer for Italian band Arawak. Mellod Mood, formed in 2005 in Pordenone, became the most popular Italian reggae band with international career. Their high position in Poland after some festival shows is unquestionable. The best set to close Ostróda Reggae Festival in 2016, a real blast!