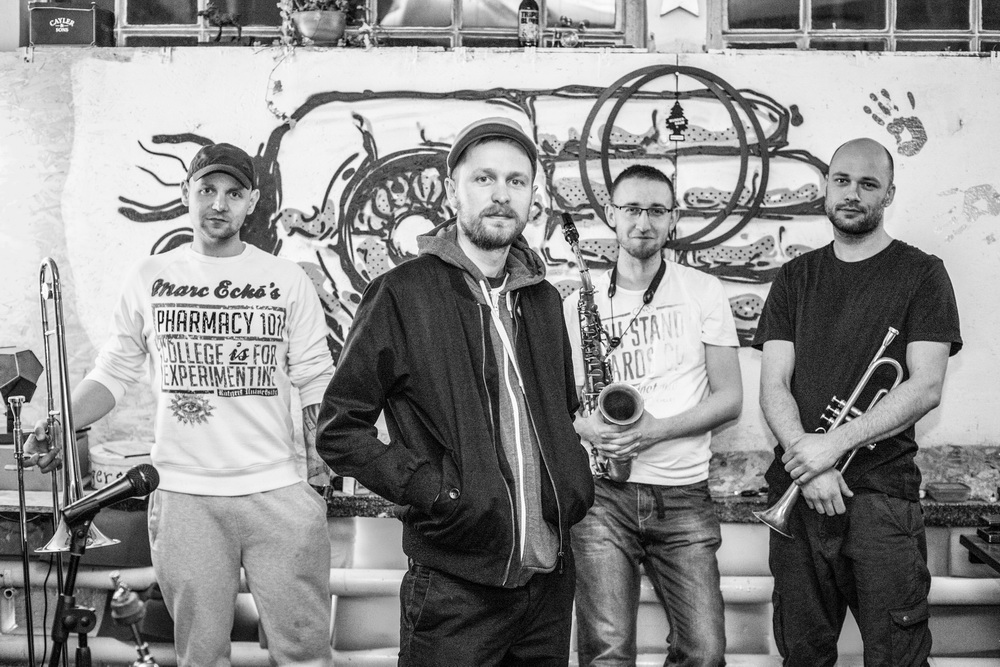 He decided to expand from DJ sets to live dub mixing, where his own tracks will get a brand new treatment and unique arrangement. Radikal Guru on stage with three-horn section and the British singer El Fata.

Radikal Guru aka Mateusz Miller is a producer and DJ from Kwidzyn, Poland. He is currently considered the most known contemporary Polish dub music producer in the international scene. His style is full of influences from roots reggae, UK dub and Far East music, so he wins the audience from many different musical backgrounds. Radikal Guru released two well received studio albums and several vinyl singles so far. His extremely energetic live performances could be heard on tours throughout Europe and as far as USA, Mexico and South Africa. The new project is a combination of electronic music he is known for with the power of live instruments.