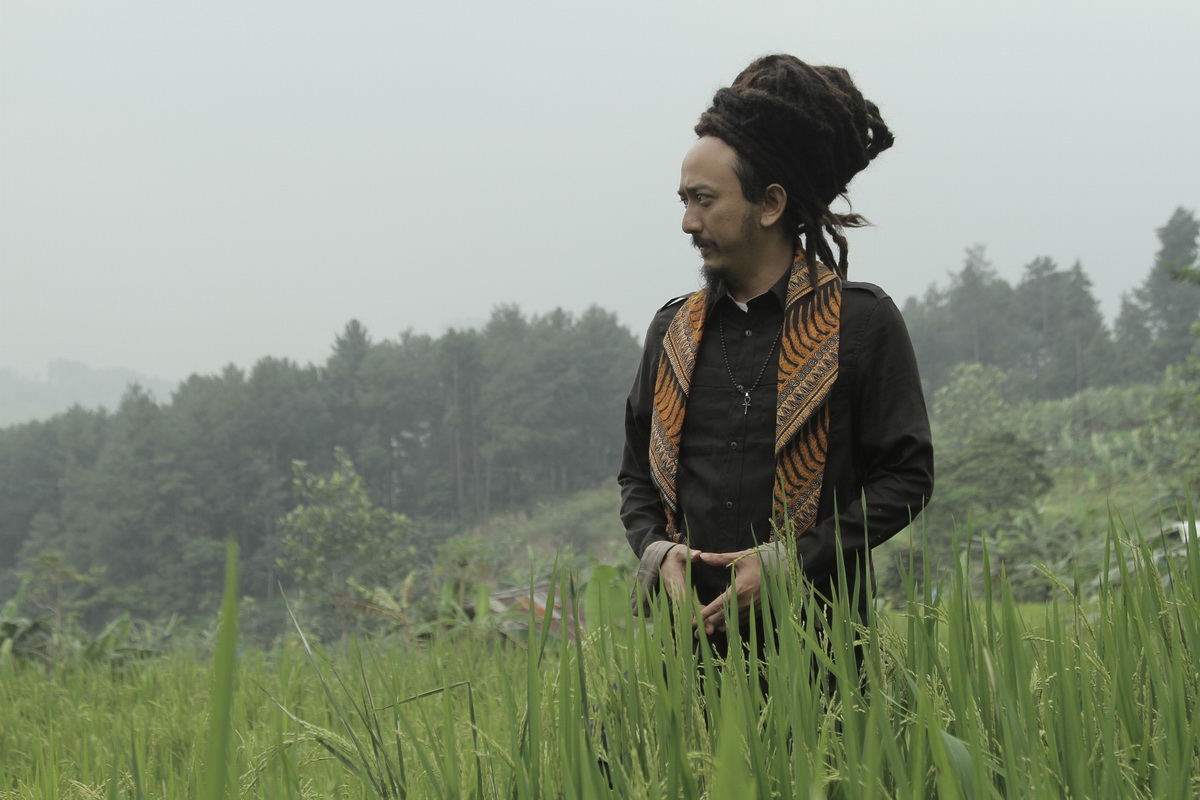 After performances on stages from Asia through Africa, Europe, Americas and Jamaica, the real Reggae Ambassador in his country comes as the first ever Indonesian artist of the genre to perform Poland. “Salam” is not only the title of his latest album. It also means peace.

Ras Muhamad was born as Muhamad Egar in Indonesia and educated in New York City for over a dozen year, where he first came in contact with Jamaican music and Rastafarian culture. Upon his return from the United States, Ras aspires to re-introduce Indonesia on a global scale, to put Indonesia back “on the map”, specifically in music, arts and talents that the country has to offer to the world.
With his 2007 “Reggae Ambassador” album, Ras Muhamad broke a new frontier by introducing dancehall reggae to the SouthEast Asian music market. In 2008 he was chosen by the Rolling Stone magazine in Indonesia as the “Best New Reggae Artist”. His latest release “Salam” (2014) was produced and released by German Oneness Records and Moritz “DaBaron” Korf of Dub Inc camp. It is pure roots reggae format, although dancehall and hip-hop fans alike can truly relate to this. Even though most part of the lyrics in “Salam” are in English, Ras always finds a way to deliver his Indonesian standpoint. Relevant in the first single “Lion Roar” where he explains as such a history of cultural similarities of the “Lion” as symbol of strength, dignity and endurance. In “Re-education”, a collaboration with Kabaka Pyramid, both artist convey of Asia having many traces and hidden cultural link with Africa. In “Learn and Grow”, a collaboration with Sara Lugo, he sends a positive message in the form of self-motivation. In “Farmerman”, a collaboration with Naptali, Ras describes how the farmer prepares food for the whole humanity. In “Barriers and Border”, a collaboration with Germany’s Uwe Kaa, the artists admit that they have borderless world. The album led Ras Muhamad to stages like Earth Hour Reggae Fest in Kingston.
Ras Muhamad is also a producer and a host of Jamaican music program on Mustang FM Radio, as well as a writer of a book “Negeri Pelangi” (“Rainbow Country”) with memories of his journey to Ethiopia.
In Ostroda he will perform with Hungarian Budapest Riddim Band.

One thought on “RAS MUHAMAD (Indonesia)”