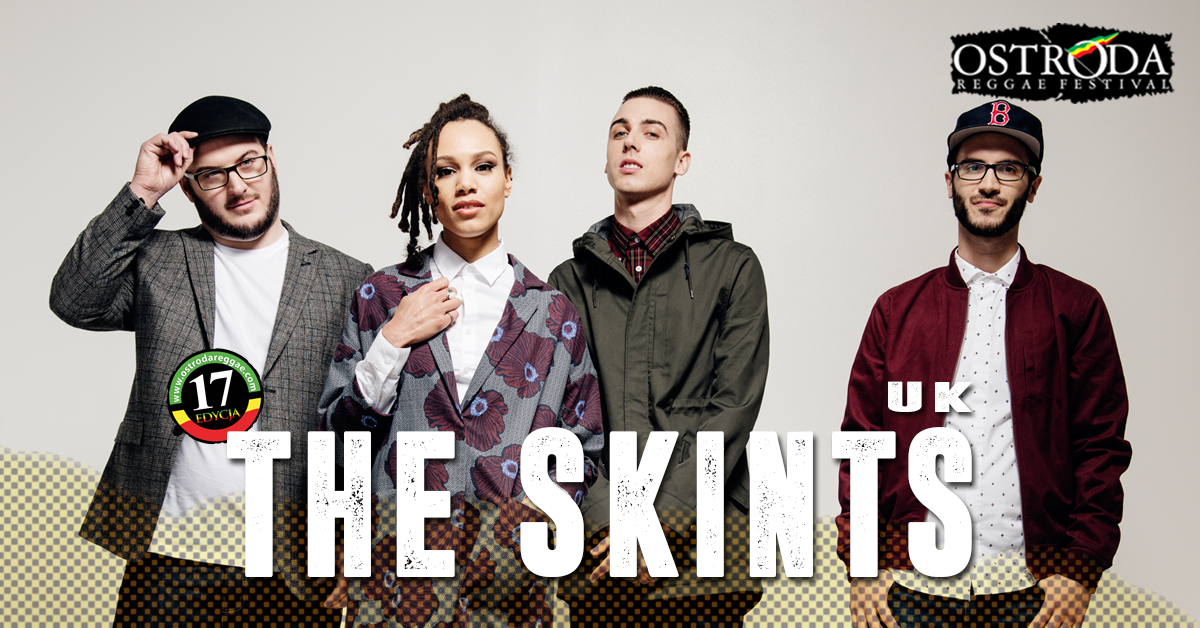 The Skints are a four-piece reggae band from London, described by Clash Music as “the torchbearers for modern British reggae music.” They mix reggae, ska and dub with touches of grime and hip-hop, describing their own sound as “music from Jamaica in a London style”. They made a long way from squats to the main festival stages.

They started out as friends at a culturally-mixed London school back in 2005, then teenagers knee-deep in an underground scene ruled by punk and ska music. It wasn’t long before the group’s record collections reached back across the history of rebel music to the likes of Johnny Clarke, Culture or The Abyssinians.

The Skints’ last album „FM” (2015) is showing continued development in their songwriting, musicianship, studio prowess, and ideas. The record is a concept album that pays homage to their love of radio, how it shaped their musical knowledge and helped keep reggae music in all its forms alive through the years. Mixing in bits from a fictional radio station (103.Skints / Frequency Murderation) with songs that range from heavy roots reggae to Motown/ska hybrids to ragga/dancehall to rocksteady to grime, the record shows off the many facets of the band’s musical personality in a seamless, coherent flow. Produced once again with British reggae vanguard Prince Fatty at the controls, it includes guest spots by Tippa Irie, Horseman, grime MC Rival, and even a surprise appearance by comedian Rufus Hound.

The Skints’ previous full-length album, „Part and Parcel” (2012), saw them fully transform the energy of their live show into a stunning sophomore release. The crowdfunded album was an instant hit. Buoyed by the viral success of the video of their cover of Katy B’s “On A Mission”, The Skints toured with You Me At Six, Easy Star All-Stars and Sublime With Rome. Their ascent continued across 2013-2014 with a remarkable run of European festivals including Reggae Sun Ska, Summerjam, Dour Festival, Reading and Leeds Festival, Chiemsee Summer, Radio 1’s Big Weekend and a memorable set in the rain in front of a 10,000 strong crowd of die-hard Skints fans at Boomtown Fair. They played already two tours in US.

It’s hard not to hear FM and get excited wondering about what the band will do next. As the band sings on the record’s last song, “Don’t you worry about tomorrow, because tomorrow won’t be worrying about you.” See them live in Ostróda – the time has come!

„The Cost of Living is Killing Me”

„Eyes in the Back of my Head” feat. Rival