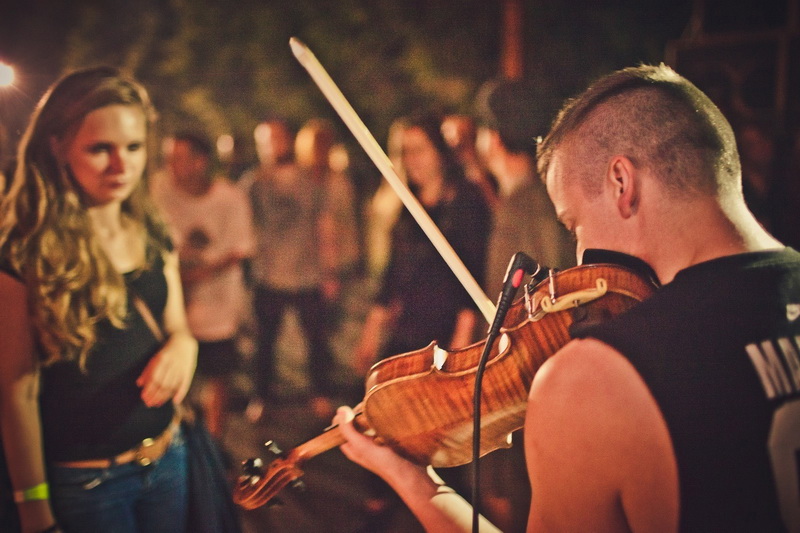 Nobody but him is able to combine such seemingly distant sounds of strings with heavy dub. We are dealing with a talented violinist from Wroclaw and a producer with his own vision and sound. With productions already promoted by the most powerful sound systems, he tours Europe, also with Italian Imperial Sound Army.

He began his musical education at age 7, playing the guitar. He graduated from the music school in Wroclaw in violin class, also attended cello. He returned to music for good while studying music technology & production at the University of Derby, UK. His second school quickly became London-based University of Dub parties. Violinbwoy’s first own productions are dated 2007. Sound systems regularly promoting his tracks are Jah Shaka, Blackboard Jungle, Young Warrior and many others from around the world. In 2012 he self-released “Los Alamos” EP with Dan I on vocals. Another EP is “Mono County” (2016). He remixed Radikal Guru. Currently Violinbwoy is working on his first full-lenght album.