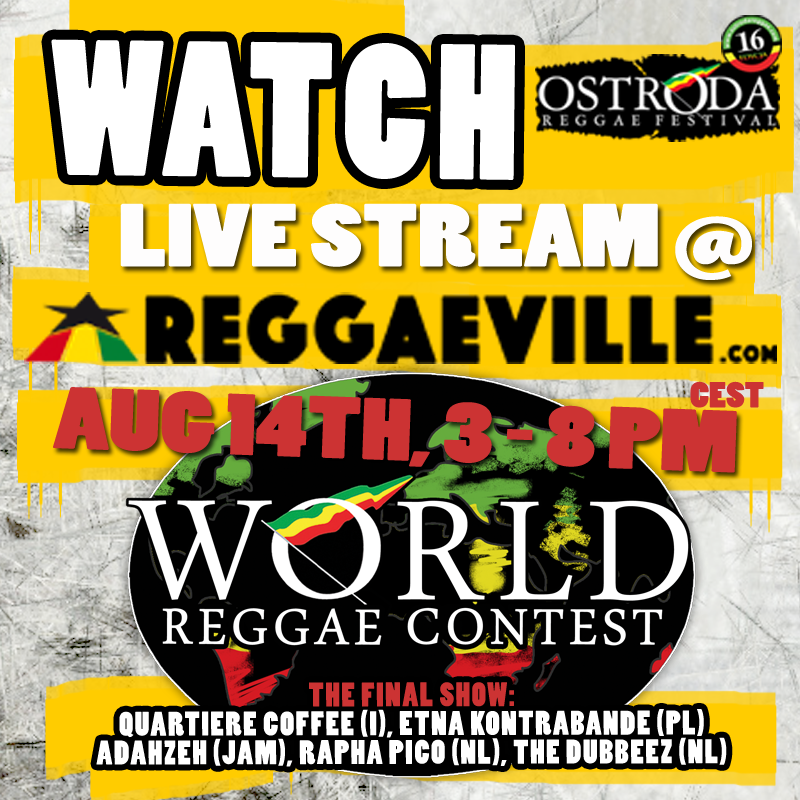 The winner will be announced after the final shows on the Red Stage.
All WRC shows will be live video streamed by Reggaeville.com at this link: https://bit.ly/wrc2016-live