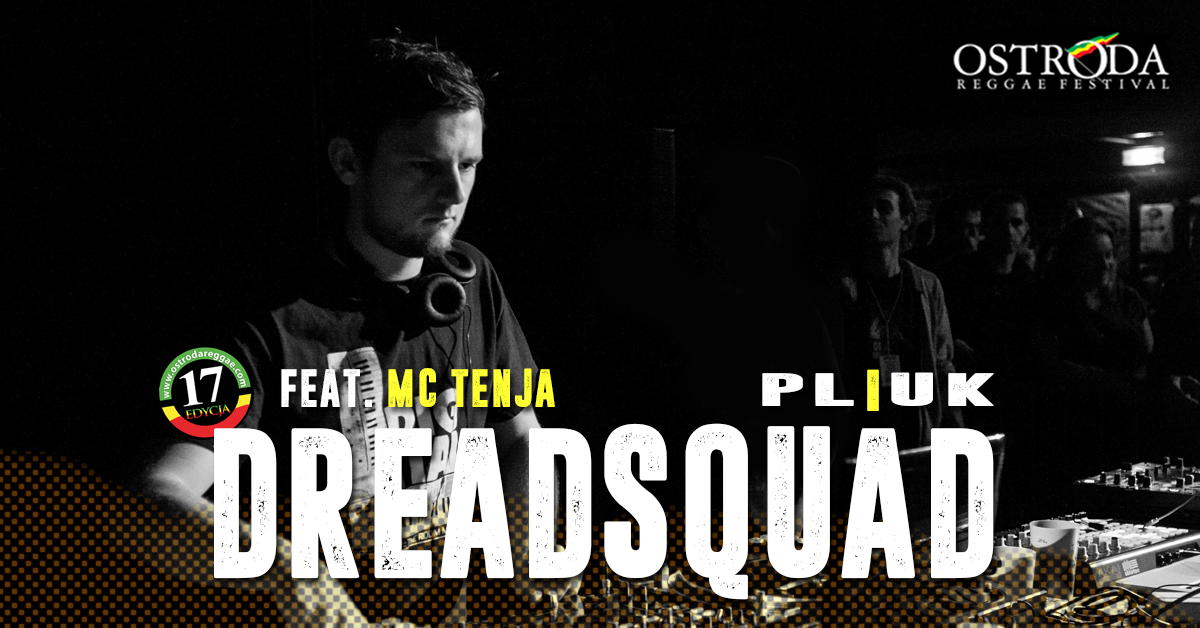 Poland’s staple reggae dancehall export comes again to mashup the dance with their quality productions. This time the microphone duties are in hands of MC Tenja from the British band Dubheart.

Dreadsquad put Poland on the global map for creating dancefloor friendly riddims and bassline madness. Tune after tune constantly leave the Superfly Studio in Lodz, combining Jamaican sounds of reggae, dub, dancehall, ska and rocksteady with the modern sounds of breakbeat, dub, jungle, dubstep and garage. Dreadsquad was launched during 2001 and what followed was a flurry of mashups, remixes and Polish Sound Clash victories which gave confidence to turn a passion into a way of life for the man at the controls, Marek Bogdanski. Hundreds of gigs in Poland turned into European tours and now Dreadsquad has toured as far as the USA, Canada, Brazil & India. Always in demand, Dreadsquad has worked with plenty of top Jamaican and European artists including Ward 21, Tenor Fly, Top Cat, General Levy, U Brown, Milion Stylez, Lady Chann, Tipa Irie, Jah Mason, Perfect Giddimani, Dr Ring Ding…the list goes on. So far Dreadsquad has released 4 mixtapes, 4 full-length producer albums and a host of vinyl and digital singles which made it into the top of the best DJ shops in Europe and into the playlists of the premier DJs of the world. The Dreadsquad sound is a worldwide sound taking influence and inspiration from all walks of life. It is glued together by Jamaican Soundsystem culture and modern Bass music culture and it s a force to be reckoned with.

Tenja was born in France, but he lives in the UK for long time. He started music at the age of 10 and MC’ing and producing when he was 16. Tenja performed as MC at many European festivals with some top sound systems. He is also a singer for British band Dubheart. Fans could see him in Ostróda during Dubmatix set in 2013.

Do not miss it, as it is going to be hot!