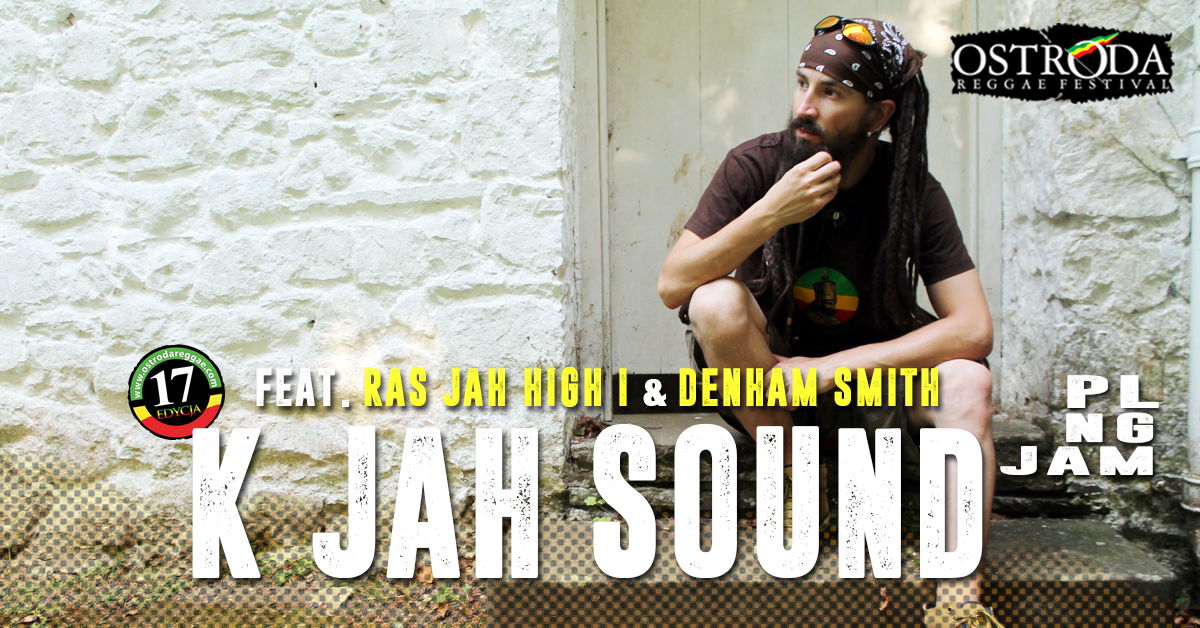 Reggae knows no borders and that’s proven by this talented Polish producer. His sound and melodies are already highly acclaimed outside the country. This time he comes with the vocalists from Africa and Jamaica, featured on his singles.

K-Jah Sound is the stage name of Krystian ‘K-Jah’ Walczak, a music producer, DJ, musician and a sound engineer from Poland. In 2002 he started performing as K-Jah Positive Sound System. In 2008 he co-founded Rastasize project and recorded ‘Day by Day’ album at Tuff Gong Studio in Kingston. In 2010 K-Jah started various collaborations with singers & players, resulting in providing riddims and remixes for ones like Habakuk, Junior Stress, Tallib, Damian SyjonFam and many more. “Sweet Love Riddim” was a project already with international artists, followed with his debut album “Link up!”. Among the guests you can hear Sara Lugo, Runkus, Lutan Fyah, Dawid Portasz and many others. Also Gentleman and his wife Tamika sang “Defenders of the Light” on his riddim. He also worked with Kelvin Grant (Musical Youth) and Rapha Pico.

comes from Nigeria from a family of the musical traditions. His music is a mix of roots reggae style with the traditional African music. His first album “Inspirational Love” was released in Accra, where he lived and created for 10 years. This year two singles have been released worldwide with Reggaeville: “Thanks & Praise” and “Money”. Both singles are based on the K-Jah Sound riddims. Ras Jah High I is a musician and a human rights activist. The protest song “Thanks & Praise” is about sharing peace and love among people of different races and religions. Quoting the artist “love is the key to change the world.”

Denham Smith is a Jamaican singer. He started singing in St. Ann’s gospel choirs at the age of 10. 5 years later he already had his first band. After moving to Germany in 1995, he continued his music career as RnB and dance artist. In 2008 he returned to reggae and started working with Pow Pow Productions. The world noticed him thanks to „Jezzibell” released by Oneness Records. In 2012 he released first solo album „Come Wid It”, followed next year with „Not the Same” EP.

Ras Jah High I – Thanks & Praise