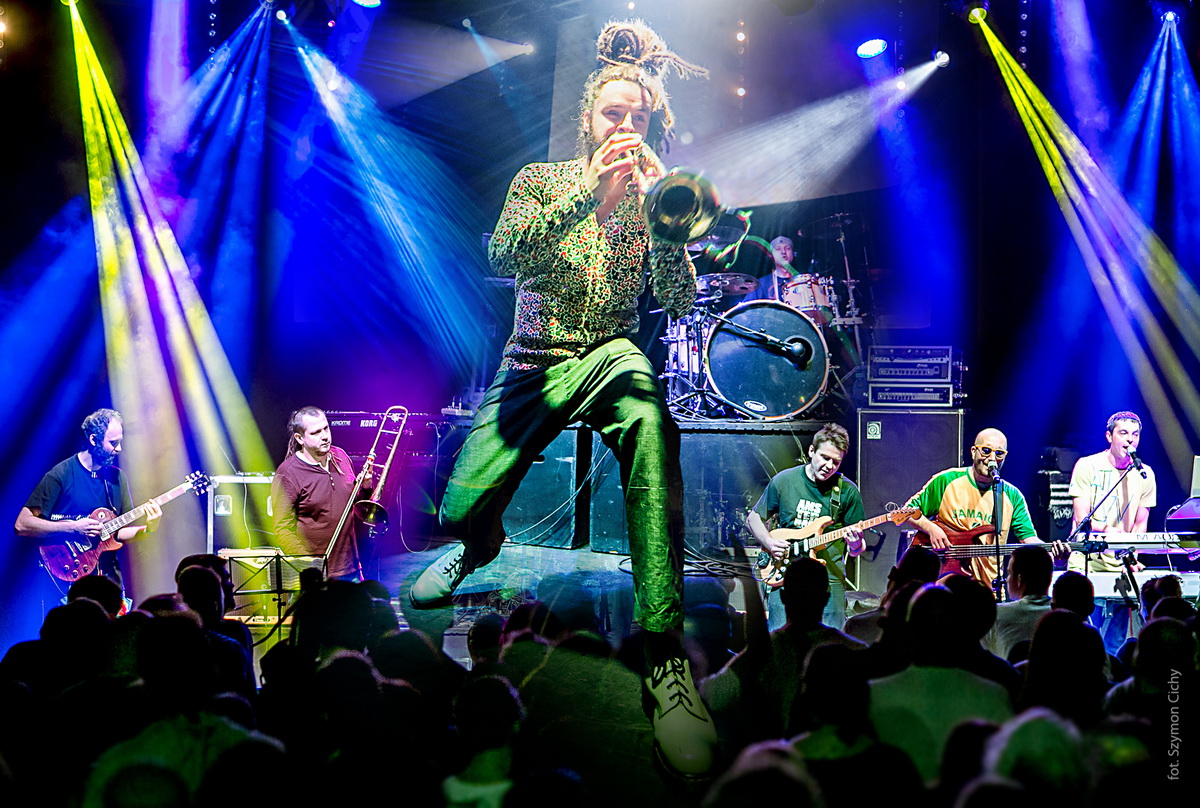 Odschool returns to Ostroda thanks to the main representation of the famous ska & reggae scene in the southern part of Poland called Zagłębie. Some bitter words and a lot of fun – that’s what you can expect after this special show to celebrate the 20th anniversary of the band, who bring „Mental Skataklism”.

Konopians is a mixture of ska, early reggae, rocksteady and jazz melted in the classic Jamaican style, sound and inspiration. Alongside timeless text layer, it allowed them to develop their own style, continued already for 20 years. KoNoPiAnS are a real live band, famous for storming performances filled with improvisation and fun.
Their first release was the single “Quantalaya” (2004), and the first album is “One Way” (2006), recorded with Robert Brylewski (Izrael, Brygada Kryzys etc). The next album “eSTiOuPi” (2011) is a breakthrough when it comes to lyrics. The last album “Mental Skataklism” (2014) talks on reality that isn’t sweet and picnic-like. KoNoPiAnS is not just a music lesson – it’s growing up, searching, sentimental and emotional observation.
Cozer, co-founder of the band, recalls: “It’s a long story worth writing a book. We learned to work against the trends, keep going and do our own thing. Although I am a postman on a daily basis, my whole life is around music and the band. This is my passion with a little hope for small success. And we had many of them in fact!”
More than dozen of players went through the band over their history and each of them added his own to the releases. He adds: “The most important for me is that KoNoPiAnS have their unique style. I think we have the spirit of rebellion and provocation … Spirit of ’96 from Czeladź Town!”