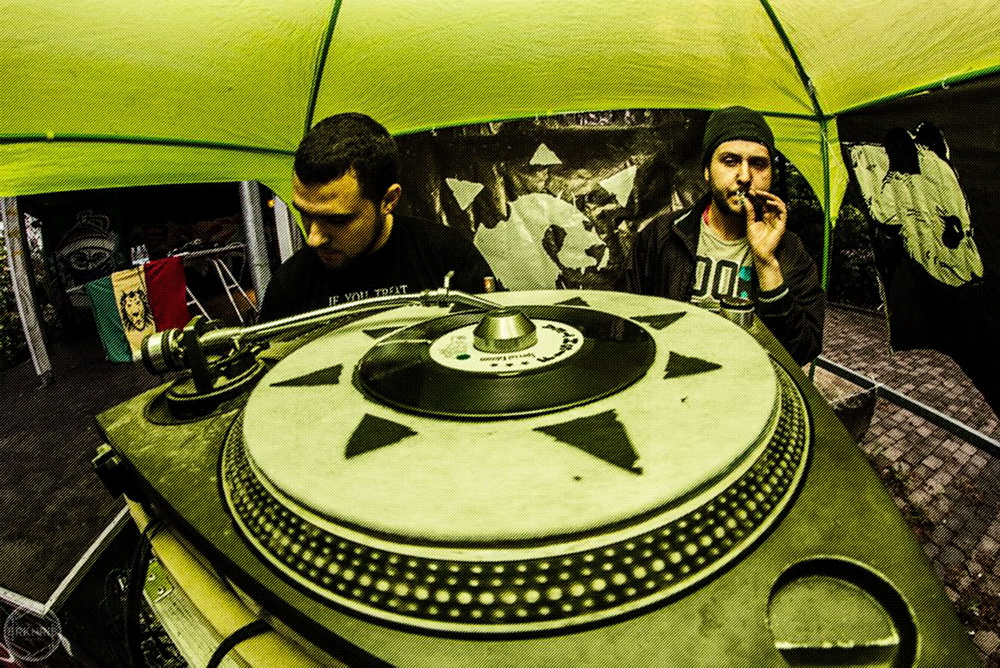 They are the main driving force for dub in Nothern Poland for years, with their regular events always gathering hundreds of people. Bratrat & DHS selection will certainly satisfy fans of radical sound systems.

The foundation of Pandadread Sound System and its creators are Bratrat and DHS. Together they are classic sound system duo – selector/operator and deejay. Bratrat is responsible for the sound, the effects and selection, while DHS rides instrumental versions and takes care of contact with the audience. After years of playing the clubs, in 2009 they played on their own sound system for the first time. Music that can be heard at their sessions is a cross-section of Jamaican music from the 70s to the 90s and its contemporary dance electronic mutations, mainly from the UK and Europe. Their favorite sound carrier is immortal vinyl.
Between 2006 – 2010 Pandadread Sound System were residents of Sopot based Papryka club, where their Dub_Sesja nights integrated local fans of Jamaican music. Since 2010 they host regular sound system sessions Dub Mass and from 2013 they co-organize ‘Dub Club Trójmiasto’ parties at Sopot’s Sfinks700. Based on D.I.Y. concept, without any subsidies, Pandadread Sound System organized hundreds of events with many international guests and became well known among dub fans in Poland. This effects in many invitations to perform from Poland and abroad.