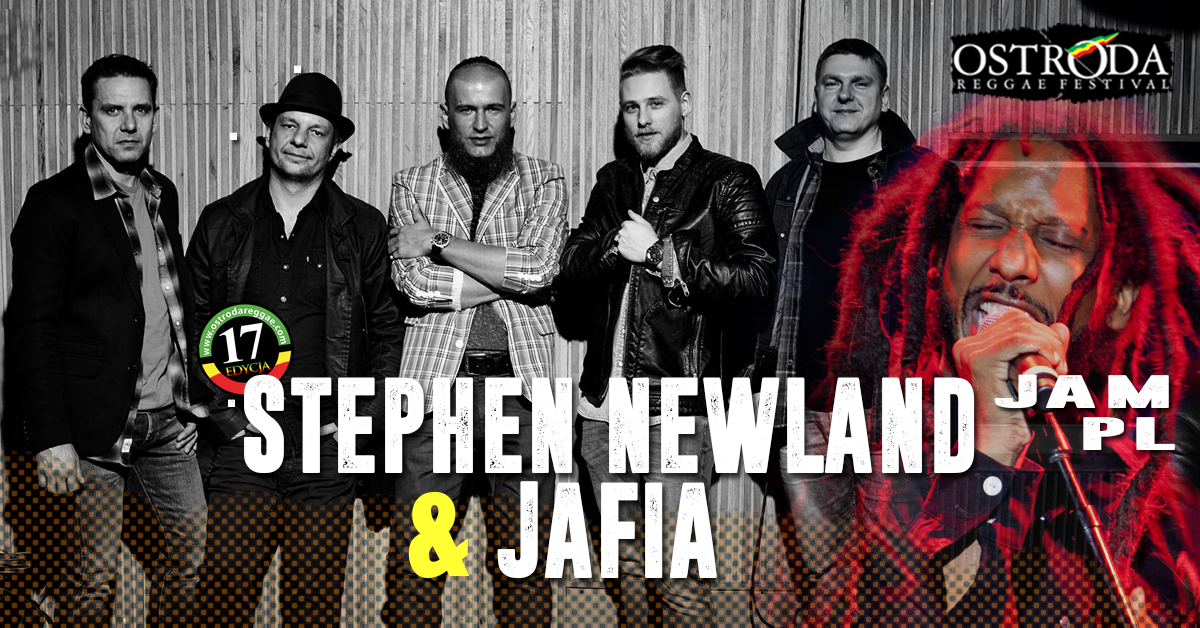 A meeting of the singer for already well-known in Ostróda Jamaican band Rootz Underground with a foundation of Polish roots music looks like an event from the top shelf. Their performance is the occassion to hear songs from upcoming solo album of Stephen.

The title of Stephen’s album „Thunderground” says it all – energy of a thunder and creative force of underground. It is a personal journey to the sources of independent Jamaican roots reggae, with feature appearances from Vaughn Benjamin (Akae Beka/ Midnite), Wayne Armond (Chalice) and Junior „One Blood” Reid (Black Uhuru). The release date planned for September almost covers with another album of his band Rootz Undeground.

Jafia, (under Jafia Namuel name till 2014), has been a legendary band for the Polish scene. They released 4 albums so far. Their debut album „Roots & Culture” (1996) was deeply influenced by Bob Marley and the sound of Jamaican roots music. However, they always liked to explore further to various styles of black music. Their recent output „Ka Ra Va Na” (2015) is a high quality mix of Jamaican reggae with American soul, funk and r’n’b. The album was nominated to Fryderyki Award (Polish Grammy) in 2016. The leader of the band is a guitarist and singer Dawid Portasz. In 2008 in Jamaica, when he recorded the album of Jamaican – Polish project Rastasize, his talent was highly acclaimed by top Jamaican musicians. This is also where he met Stephen Newland for the first time.