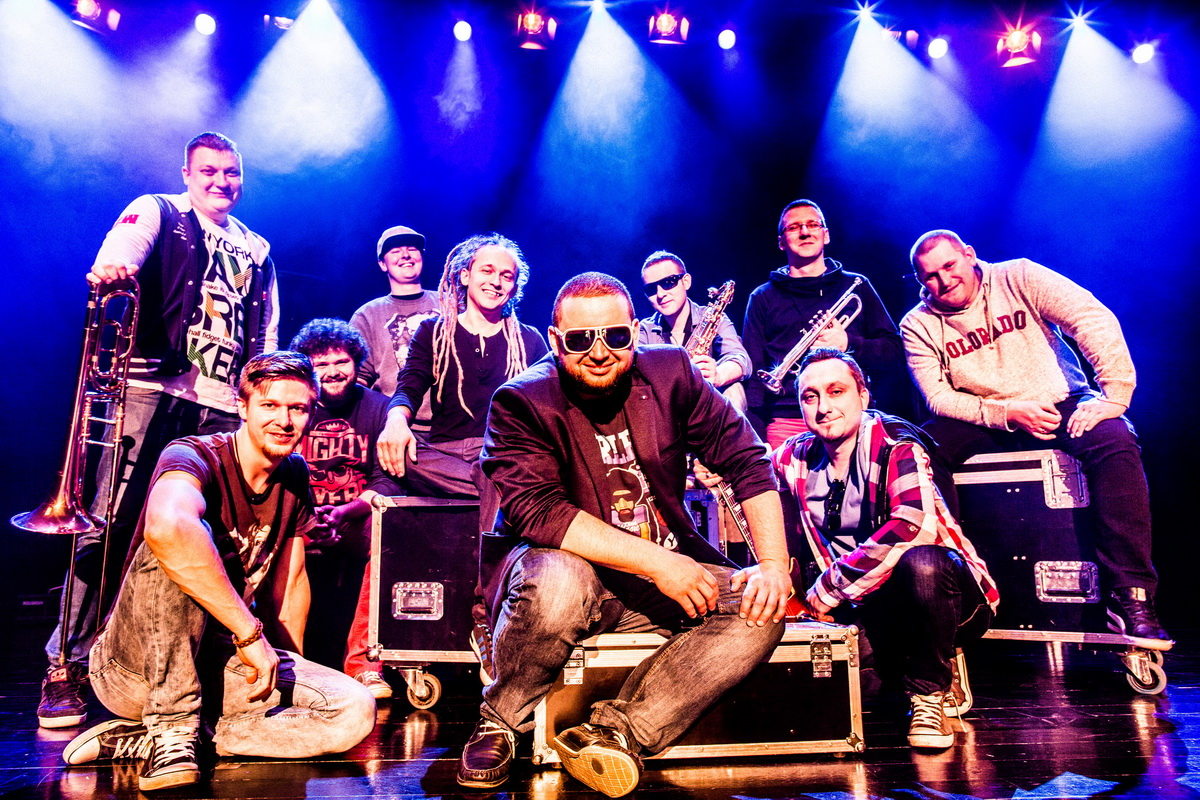 They are among Polish reggae bands who managed to break through to a wider audience. This is definitely thanks to their high-octane live shows and universal songs, where everyone can find something for themselves. They return to Ostróda with new album “Meteory”.

Tabu was created in 2003 by Rafał Karwot and Marcin Suchy. During the first years of activity they crystallized the lineup and their musical style. Energetic reggae, powerful brass section and stage charisma is the direction the band is following. You will also hear some ska and Balkan elements in their music. They released albums “Jednosłowo” (2006), “Salut” (2009), “Endorfina” (2012) and “Live at Przystanek Woodstock 2014”. Hundreds of shows, thousands of kilometers made – Tabu is not just a band playing reggae. Tabu is a great family, the machinery that pushes forward like a speeding locomotive. Moreover, for many years they also organize „Najcieplejsze Miejsce Na Ziemi” festival in their home-base Wodzisław Śląski in the South of Poland.
Autumn 2015 saw their fourth studio album “Meteory”. The album is a travel around the music genres, binded together with Tabu’s reggae groove. It has the strength, the power of the music, the charisma and the truth of life expressed in their lyrics.