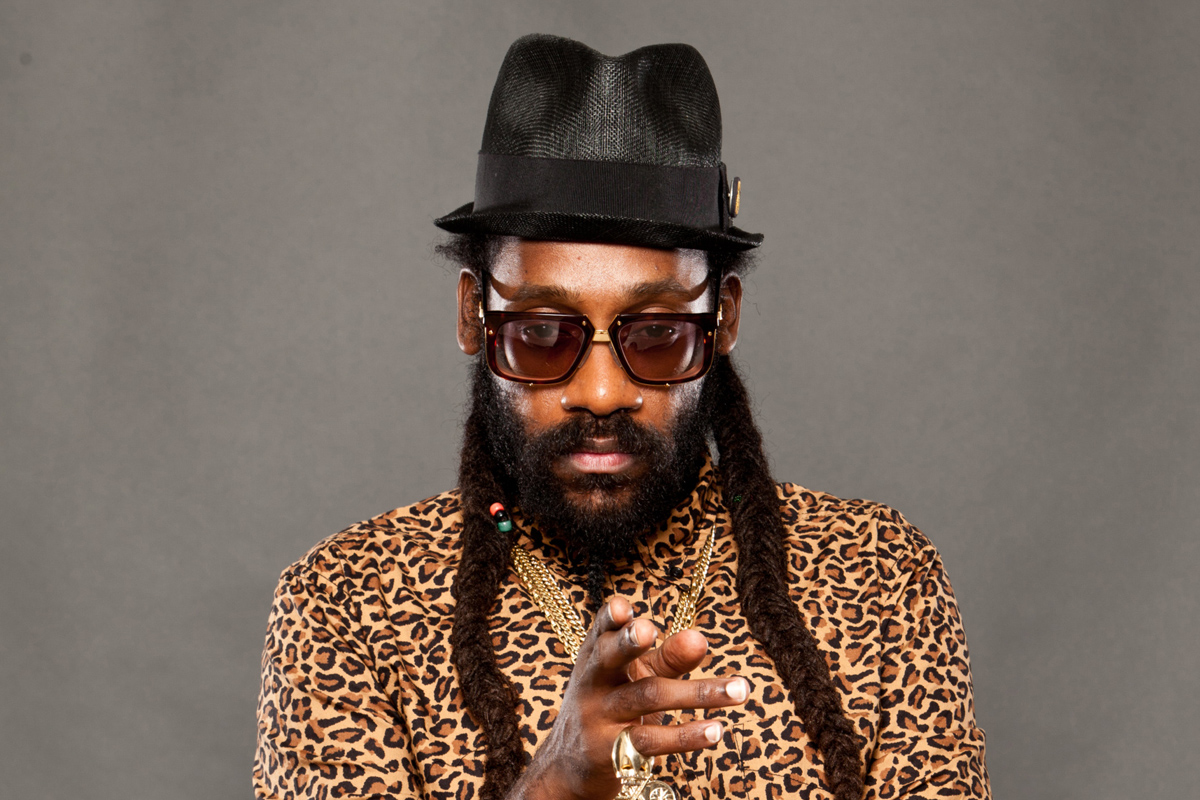 This set can be called “real treasures of Jamaican music”. Tarrus Riley– real hit maker and a top singer, Alaine with her sweet voice and the saxophone master Dean Fraser, with his name on hundreds of releases from the past and present. What can you expect more?

Tarrus Riley was born in New York and raised in Jamaica. His father is veteran reggae singer Jimmy Riley. He made his recording debut as a teenager. In 2004, Tarrus released his debut album “Challenges”. Riley has consistently racked up awards for his work. Among his accolades are Best Singer, Male Vocalist, Cultural Artiste, Song of the Year and Best Song. Some of the awards institutions which have rewarded Riley include the Youth View Awards, The Star People’s Choice Awards, EME Awards, and the Reggae Academy awards. Tarrus is the holder of Jamaica’s CVM TV’s 15th Anniversary Award in 2009 for the ‘Most Admired Song in the Past 15 Years’ for the hit “She’s Royal”. On “Parables” album (2006) he worked with the legendary Sly and Robbie rhythm section. In 2009 Riley released his third album “Contagious”. 2010 saw the release of the chart-topper “Protect the People”, which scaled several charts in Jamaica and across the Caribbean. In 2012 Riley released the acoustic album “Mecoustic Riley”. On his 2014 album “Love Situation”, as usual he worked again with saxophonist and producer Dean Fraser, the music director of his Blak Soil Band. The album was described as “a true tribute to the rocksteady era” and features guest appearances from U-Roy, Big Youth, Konshens and others. Tarrus was featured on Major Lazer’s song “Powerful” from the album “Peace is the Mission” along with Ellie Goulding.
Tarrus Riley performed key festivals all around the world and with his string of hits he can be easily considered one of the main Jamaican artists of 21st century.

“Because I can’t change the world, I sing for the people – this is the contribution I can make and after I make a song; it isn’t even mine anymore; it belongs to the people.”
Tarrus Riley

Alaine is a singer and songwriter born in New Jersey, but moved to Jamaica at the age of three. By age nine Alaine had been a Red Cross Ambassador, performed in several cabaret shows and national events, hosted a popular children’s television show and landed herself a role in the movie “Clara’s Heart” starring Whoopi Goldberg. In 2005 her “No Ordinary Love” was a breakthrough single in the reggae scene, and Alaine was quickly praised for her special talents. Alaine has continued voicing tunes for the last few years for the likes of Don Corleone, as “Heavenly” and “Sacrifice”. “Love Sound” is her duet with Beres Hammond, “Dreaming of You” features Beenie Man and in “I Love You” you can hear Busy Signal. She has been spreading the word about HIV and safe sex to high schools throughout Jamaica. Her solo album “Sacrifice” was released in 2008, followed by “Ten of Hearts” in 2015. Alaine possesses a sweet voice, songwriting skills that show a depth of experiences and a smile that could brighten any day.
Dean Fraser is a Jamaican saxophonist who has contributed to hundreds of reggae recordings since the mid-1970s, including Peter Tosh, Bunny Wailer, Dennis Brown, Burning Spear or Black Uhuru. He was awarded the Musgrave Medal by the Jamaican government in 1993 in recognition of his services to music.
Born in Kingston, Jamaica, Fraser started to play the clarinet at the age of 12. Around this time he met Ronald “Nambo” Robinson and Junior “Chico” Chinn and the three boys would eventually form a brass section. Fraser took up saxophone at the age of 15. The trio became the foremost horn section in Jamaica in the 1980s. Fraser’s first album, 1978’s “Black Horn Man” was produced by Joe Gibbs. Fraser provided horns for Sly & Robbie in 80’s, both on record and on tour. He also recorded two albums of Bob Marley’s covers. Fraser is recognized as one of Jamaica’s top musicians. He toured extensively with Luciano and produced several of his albums. He also had his Polish contribution, adding his saxophone to the albums of Rastasize and Bednarek, recorded at Tuff Gong Studios.