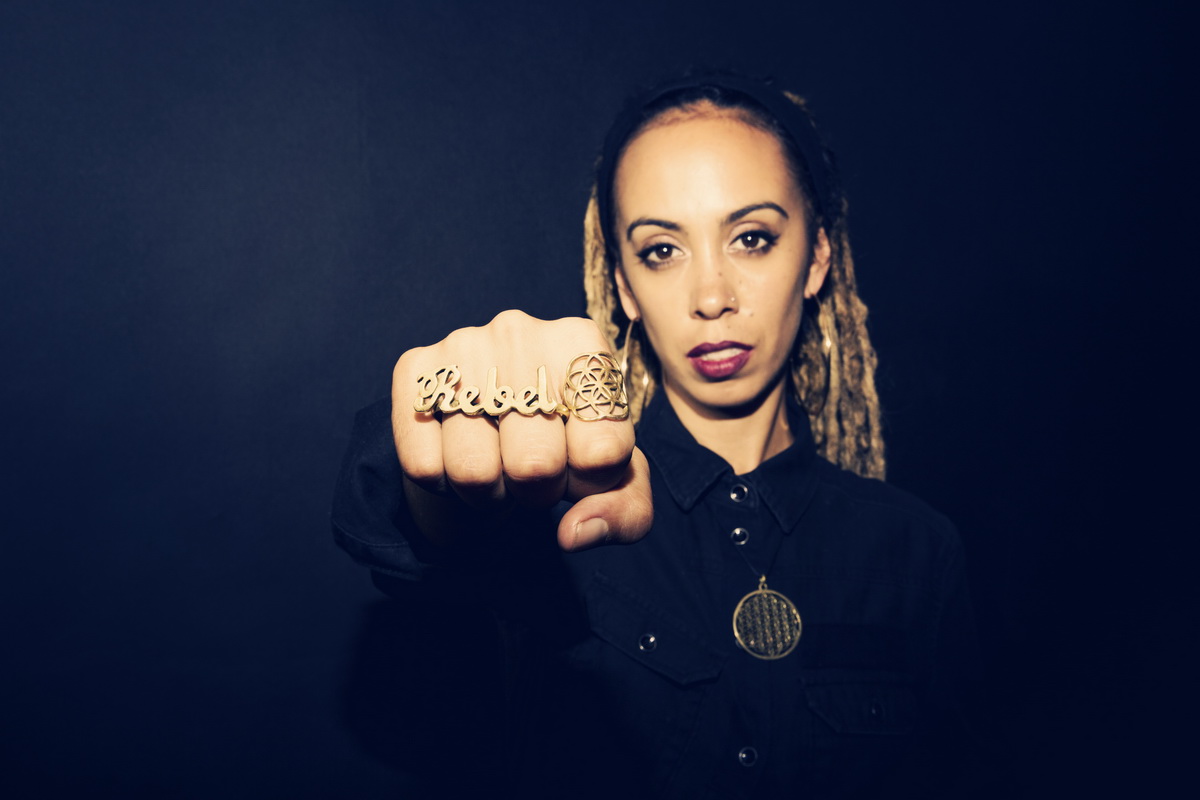 Nattali Rize is the frontwoman of renowned Australian Blue King Brown, who hit Ostróda in 2013 with their uplifting performance. Now she is back promoting her new solo project with full Jamaican / international Band.

Nattali Rize, for her solo debut 2015 EP “New Era Frequency”, collaborated with Kingston’s cutting edge drum’n’bass duo Notis. With a new solo release due for summer 2016 which includes her new song “Natty Rides Again” with Julian Marley, things are ever rizing for this rare Artist! Dubbed „One of the nation’s most refreshing voices” by Rolling Stone Australia, Nattali Rize imbues the global consciousness and energy of reggae with a distinct lyricism and vocal prowess.
On „New Era Frequency”, written and recorded in Kingston and Melbourne, themes of consciousness and empowerment go hand-inhand. The songs here are brimming with defiance and heart, from driving battle cries like „Heart of a Lion” to “Generations Will Rize” feat. Kabaka Pyramid, a song Yahoo! Music predicts will „Inspire and empower” youth. The project started with „Rebel Love”, written the first night Nattali Rize and Notis met in Australia.
Nattali now steps out into 2016 with a powerful live show that has already ignited the frequency fyah in Australia earlier this year alongside the legendary Third World as well as JBoog, and World tour dates that will lead her to Ostroda festival in August!
Finding initial success from her work with Blue King Brown, Nattali Rize has toured since 10 years all over the world and opened for the likes of Santana, Damian Marley among many others. They released a string of excellent albums crossing musical boundaries and bringing revolutionary spirit of positive change. From a childhood of playing guitar and absorbing the musical wisdom found within her mother’s record collection to her roots as a percussionist and street musician, Nattali has never been afraid to experiment.
“For me it’s about being part of a movement, shifting perception and helping to amplify pathways to higher consciousness. Music is a powerful force toward this realization when used in such a way…” Nattali Rize.

Nattali Rize is bringing something special, a conscious electric energy, she delivers an unrelenting performance that will leave you spellbound.
With no doubts this will be an excellent return!